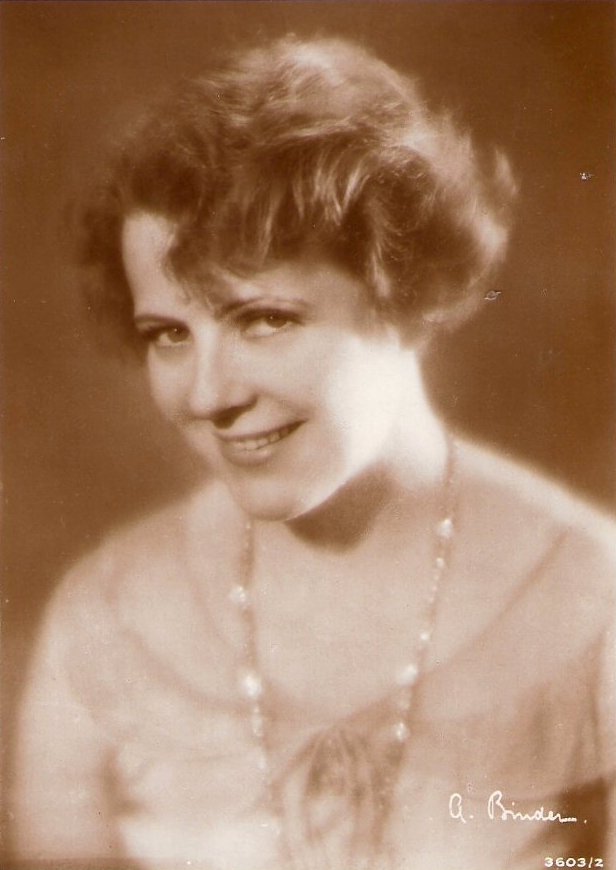 Marguerita Maria "Mady" Christians (January 19, 1892 – October 28, 1951) was an Austrian-American actress who had a successful acting career in theatre and film in the United States until she was blacklisted during the McCarthy period. She has been romantically linked to Margaret Webster; according to Webster biographer Milly S. Barranger, it is likely that they also were lovers.[3] While Christians was playing Hesione Hushabye in Heartbreak House in 1938, Webster was searching for an actress to play the Queen in Hamlet opposite to Maurice Evans in the title role. Webster found Queen Gertrude in the regal, five-foot-seven Christians and also found a friend and companion in the actress, who was by then a refugee from Hitler’s Germany. Christians was taken into Webster’s circle of friends, which included the actresses Eva Le Gallienne and Marion Evensen. Webster and Christians vacationed together on Martha’s Vineyard and shared their passion for working in theater. Hamlet was followed in 1939 by Henry IV, Part 1, with Christians playing Lady Percy. Then Christians accepted a part in The Lady Who Came to Stay, directed by Guthrie McClintic. Their separate careers were not keeping Christians and Webster apart as much as the intervention of Eva Le Gallienne, who asserted her influence on Webster’s life and career in the early 1940s. While Christians was in Hollywood in 1943-44, Webster remained in New York City and began planning with Le Gallienne and Cheryl Crawford the American Repertory Theatre.

She was born on January 19, 1892 to Rudolph Christians, a well-known German actor, and his wife, Bertha. Her family moved to Berlin when she was one year old, and to New York City in 1912, where her father became the Irving Place Theatre's general manager.[1] Five years later she returned to Europe to study under Max Reinhardt.

She appeared in a number of European films prior to the early 1930s. In 1929, she starred in the first full sound film made in Germany It's You I Have Loved.[2] In 1933, she toured the United States in a play called Marching By and was offered a Broadway contract the following year that allowed her, like a number of other German artists, to seek refuge from the Nazi regime in the United States.

She also starred in Lillian Hellman's Watch on the Rhine.[4] She originated the title role in the 1944 play I Remember Mama. Her last movie roles were in All My Sons, based on the play by Arthur Miller, and Letter from an Unknown Woman, both released in 1948.

During World War II, Christians was involved in political work on behalf of refugees, rights for workers (especially in theater and film), and Russian War relief, political efforts that would bring her to the attention of the Federal Bureau of Investigation (FBI) and other anti-communist institutions and organizations.

In addition to her political work, Christians also publicly criticized the House Committee on Un-American Activities in early 1941 and likened the Senate Internal Security Subcommittee's investigation of propaganda in US film to Nazi harassment of film and radio artists in the 1930s.[1] In 1950, the FBI's internal security division began investigating Christians, who had been identified as a "concealed communist" by a confidential informant.[1] When Christians' name appeared in Red Channels, the so-called bible of the broadcast blacklist, her career was effectively over.

On October 28, 1951, aged 59, Christians died of a stroke, which some attributed to the stress of being subjected to FBI surveillance and being blacklisted.[5]