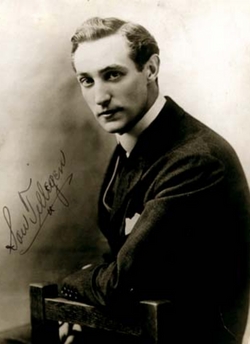 He made his stage debut in Amsterdam in 1903, and over the next few years built a reputation to the point where he was invited to perform in Paris, eventually co-starring in several roles with Sarah Bernhardt, with whom he was involved romantically (She was 37 years his senior.) In 1910, he made his motion picture debut alongside Bernhardt in La dame aux camélias, a silent film made in France based on the play by Alexandre Dumas, fils.

In 1910, he and Bernhardt travelled to the United States, where The New York Times first published, and then retracted, the announcement of their impending marriage. Back in France, in 1912 they made their second film together, Les Amours de la reine Élisabeth (Queen Elizabeth), and the following year, Adrienne Lecouvreur. The latter is considered a lost film.

In the summer of 1913, Tellegen went to London where he produced and starred in Oscar Wilde's play The Picture of Dorian Gray. Invited back to the United States, Tellegen worked in theatre and made his first American film in 1915, titled The Explorer, followed by The Unknown, both with Dorothy Davenport as his co-star. Considered one of the best-looking actors on screen, he followed up with three straight films starring with Geraldine Farrar. 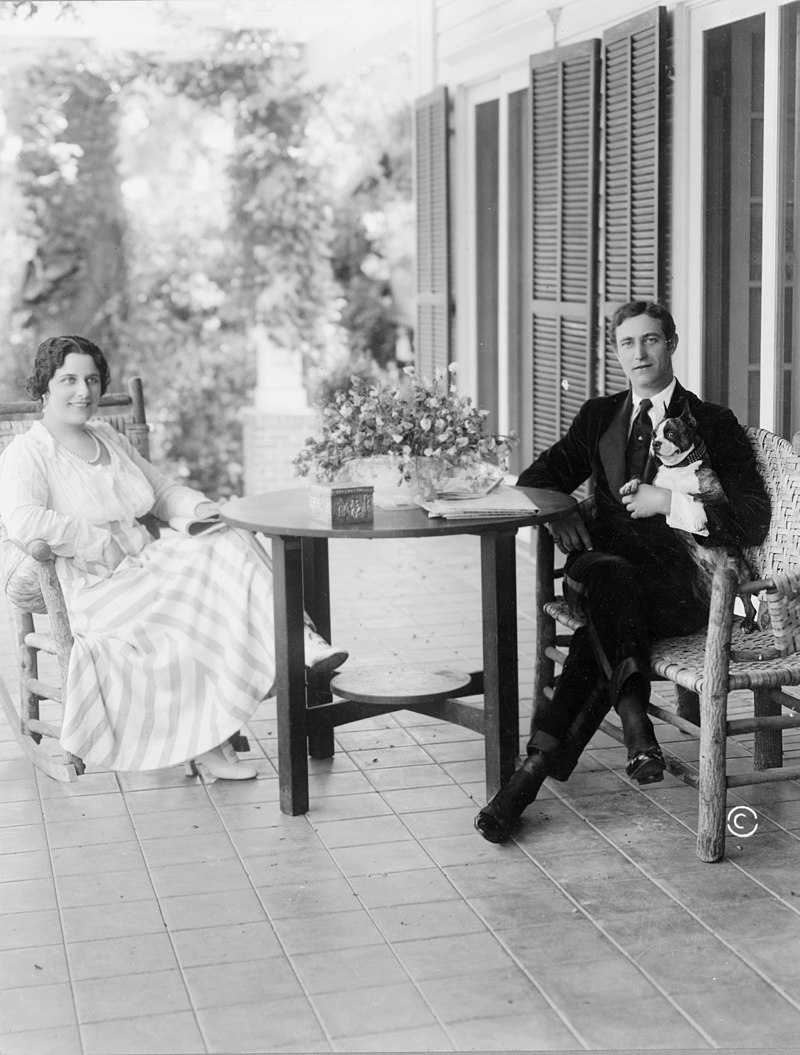 Tellegen's marriage to Farrar ended in divorce in 1923. Tellegen married a total of four times, the first to a sculptress in 1903 (this union produced a daughter), the second to Farrar in 1916. His third marriage was to actress Nina Romano (real name: Isabel Craven Dilworth), with whom he had a son.[3] His fourth marriage was to silent film star Eve Casanova (real name Julia Horne).[1] He became an American citizen in 1918.[4]

On Christmas Day 1929, Tellegen sustained burns to his face when he fell asleep while smoking. At the time, he was preparing for an out-of-town tryout for a play. To repair the damage, Tellegen underwent extensive plastic surgery. In 1931, he wrote his autobiography Women Have Been Kind.

By 1931, Tellegen’s popularity had declined and he had trouble securing acting work. He was also deeply in debt and filed for bankruptcy. Around this time, Tellegen was diagnosed with cancer though this information was kept from him. Tellegen soon grew despondent.

On October 29, 1934, while a guest of Edna Cudahy, the widow of meat packing heir Jack Cudahy, at the Cudahy Mansion at 1844 North Vine Street in Hollywood (now the site of the Vine-Franklin underpass of the Hollywood Freeway), Tellegen locked himself in the bathroom, then shaved and powdered his face. While standing in front of a full-length mirror, he stabbed himself in the heart seven times with a pair of sewing scissors. Some accounts claim Tellegen was surrounded by newspaper clippings of his career at the time of his suicide.[5][6]

When asked to comment on Tellegen's death, former wife Geraldine Farrar replied "Why should that interest me?" Tellegen was cremated and his remains scattered at sea.[6]