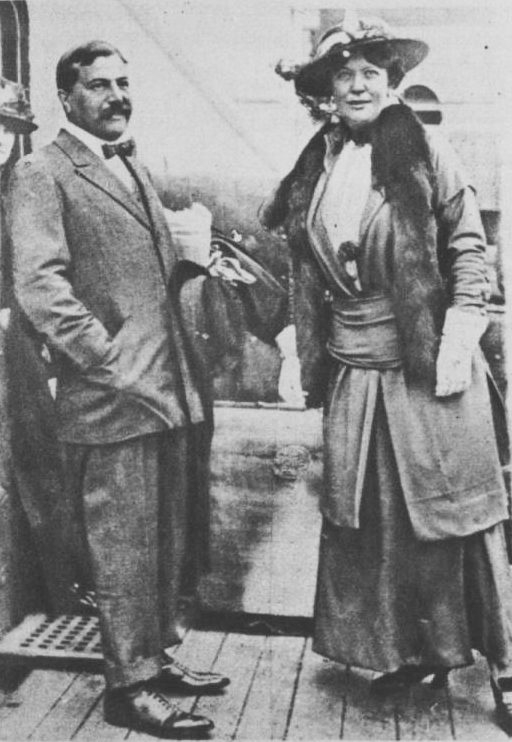 Leonora Speyer, Lady Speyer (née von Stosch) (7 November 1872 – 10 February 1956) was an American poet and violinist. She was a member of the Heterodoxy Club.

She was born in Washington, D.C., the daughter of Count Ferdinand von Stosch of Mantze in Silesia, who fought for the Union, and Julia Schayer, who was a writer. She studied music in Brussels, Paris, and Leipzig, and played the violin professionally under the batons of Arthur Nikisch and Anton Seidl, among others. She first married Louis Meredith Howland in 1894,[3] but they divorced in Paris in 1902.[4] She then married banker Edgar Speyer (later Sir Edgar), of London, where the couple lived until 1915.[5] Sir Edgar had German ancestry and following anti-German attacks on him that year,[5] they moved to the United States and took up residence in New York, where Speyer began writing poetry. She won the 1927 Pulitzer Prize for Poetry for her book of poetry Fiddler's Farewell.[6] She had four daughters: Enid Howland with her first husband and Pamela, Leonora, and Vivien Claire Speyer with her second husband.[4][5]