John Spofford Morgan was born on November 13, 1917, in New York City, the son of Shepard Morgan and Barbara Spofford. His mother's family was originally from Norfolk, Connecticut, where he later build a country home, at Spofford Pond. His grandparents, Ellen and Charles Spofford, director of the Northern Pacific Railway, moved to Norfolk for allowing their daughter, Barbara Spofford, a better environment. In 1898 the Spoffords built The Alders (now Manor House), a Victorian Tudor mansion, designed by Ehrick Rossiter. Later Barbara and Shepard Morgan lived on Mountain Road. Morgan was the great-grandson of Ainsworth Rand Spofford, Librarian of Congress from 1864 to 1897. It was Morgan that, in 2004, inscribed Ainsworth Rand Spofford's tombstone at Rock Creek Cemetery; until that time, it had remained blank.

As a young man, Morgan lived in Germany, where his father was economic advisor and later finance director of the Office for Reparation Payments in Berlin, and his mother enrolled at the University in Berlin, graduating in 1928, the first American woman to achieve such goal. Back in the United States, John Spofford Morgan attended Harvard University, A.B. in 1939.

During World War II Morgan and Halsey both served in the Navy on different oceans. Morgan was on a Navy destroyer in Pearl Harbor on December 7, 1941. Later Spofford worked as an economist. Halsey was an hairdresser at the Westbury Hotel.

In 1947 Morgan attended Columbia University for his Master's in International Affairs. It was at this time that he met Halsey, at the New Verdi on West 72nd. Halsey said it was "Love at first sight", while instead Morgan admitted it was a slower thing for him.

Morgan was a classic music lover and was on the board of the InterSchool Orchestras of New York.

They married on November 11, 2011, at 11:11, at their apartment in East 10th Street. Halsey died on October 10, 2014. Spofford died six months later on April 28, 2015. They are both buried side by side in Norfolk Center Cemetery, in Norfolk, Connecticut, with Morgan's family on his mother's side, the Spoffords. 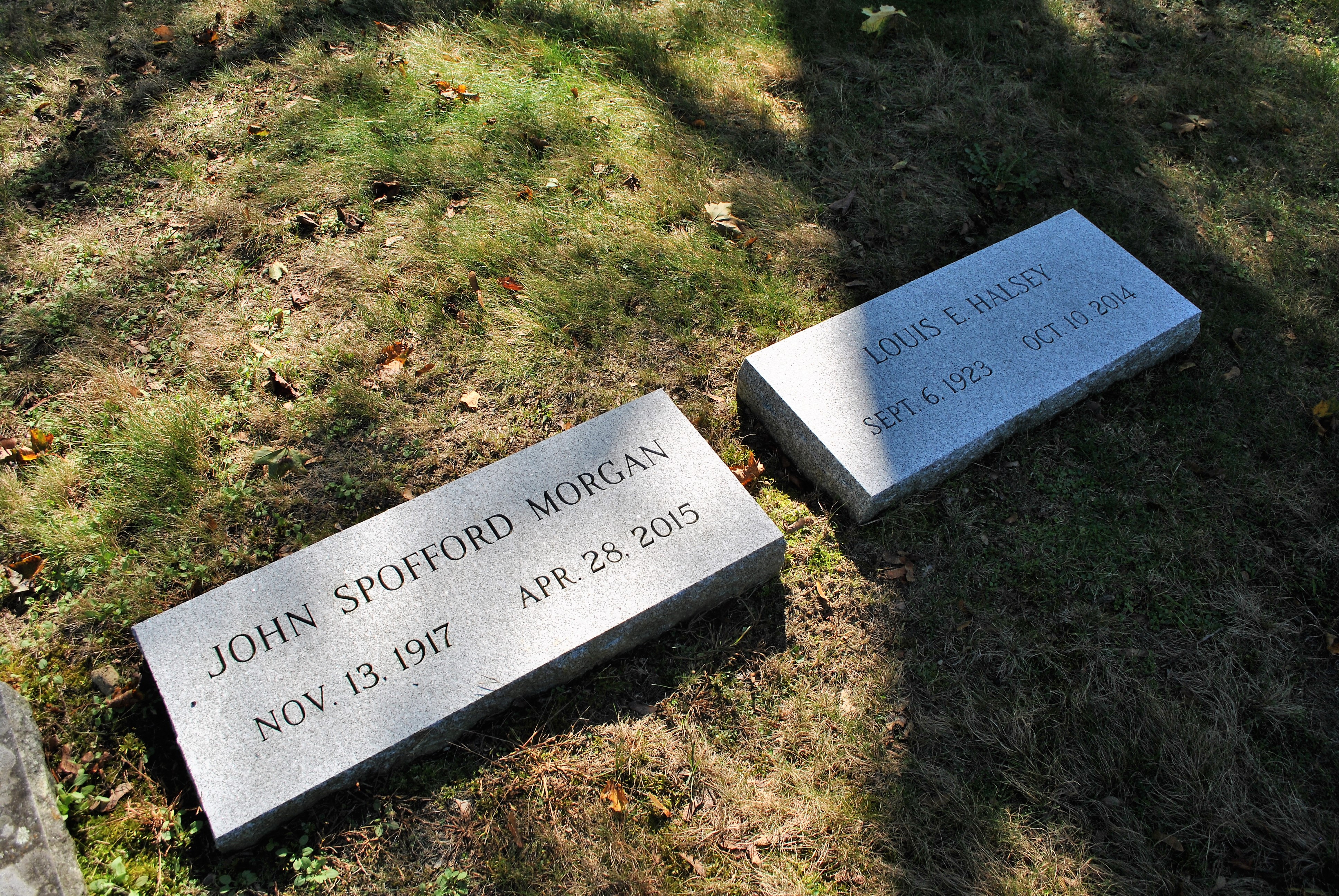