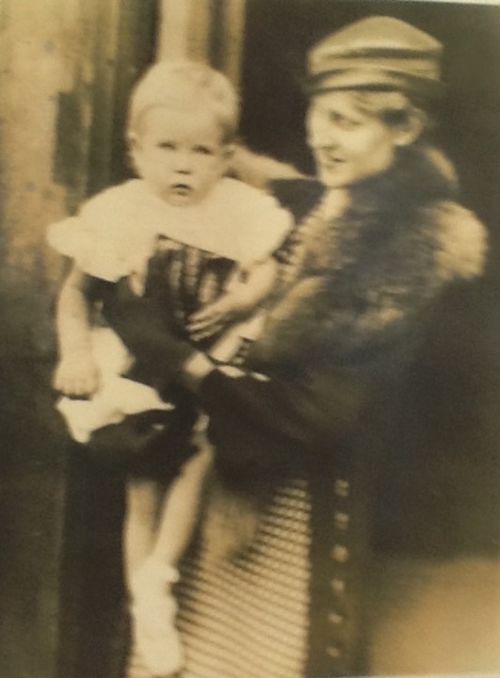 Jessie Orage aka Jessie Richards Dwight (February 9, 1901 - 1985) was the co-owner of the Sunwise Turn Bookshop in New York City. P.L. Travers' diary recounted her friendship (and possibly a relationship) with Jessie Orage, whose husband, Alfred Richard Orage, was a pupil of the spiritual teacher G.I. Gurdjieff. Travers became a follower of Gurdjieff and, through him, became an occasional member of The Rope.

Jessie Richards Dwight was born in Albany, New York on 9 February 1901, the daughter of Harvey Lyman Dwight, a dealer in building supplies from Albany, and Bertha May Richards, whose family had moved to Albany from Albertus, Iowa.[1][2] Jessie was named after an aunt, Jessie Logan. Her father, who was a direct descendent of Timothy Dwight, the 17th century "Conncecticut Wit", was engaged in the family tannery's business, principally owned by John Watson Dwight. Her mother likely dying soon after her birth, Jessie was living in Albany's 13th ward (ED 2), New York in 1905 with her father, Algileach Richards, her brother, and three servants, Celia LeRoy, Mary Hogan, and Thresa Tisdale.[2] Her father died suddently at 39 in May 1910, leaving Jessie and her older brother Harvey A. Dwight, to the disciplined care of their grandmother, Alfilenah Chase Richards. Jessie enjoyed the status of a well-to-do young woman in Albany society. After graduating from the Albany Academy for Girls in 1921, she crossed the Atlantic to visit Venice, Rome, and Naples. After her return in mid-1923, she was given enough money to buy a limited partnership in the Sunwise Turn bookshop in the Yale Club Building on 44th Street in Manhattan.

With Madge Jenison's departure from The Sunwise Turn Bookshop in New York, Ruth McCall joined the firm as a stockholder and salaried employee. Her relations with Mary Horgan Mowbray-Clarke appear to have been collegial and uneventful until her departure at the end of 1923. Jessie Richards Dwight replaced Ruth McCall in the spring of 1924 as acting vice president and secretary for the remainder of Ms. McCall's term ending in mid-1925.

While working at The Sunwise Turn Bookshop in New York, she first met Alfred Orage in 1923, when Orage first lectured on the Gurdjieff System.[3][4] In 1927 Orage's first wife, Jean, granted him a divorce and in September he married Jessie Richards Dwight. Orage and Jessie had two children, Richard and Ann. While they were in New York Orage and Jessie often catered to celebrities such as Paul Robeson, fresh from his London tour. In 1930 Orage returned to England and in 1931 he began publishing the New English Weekly. He remained in London until his death on 6 November 1934.[2]

Jessie was probably in a relationship (possibly sexual) with Pamela Travers, the Mary Poppins author.[8][9][10] As well as possibly being in a relationship with her, Jessie introduced Travers to George Gurdjieff in March 1936.[11] Gurdjieff had once considered Alfred Orage as a friend and brother, and thought of Jessie as a bad choice for a mate. Orage was a chain smoker and Jessie was a heavy drinker.[13] In the privately published Third Series of his writings Gurdjieff wrote of Orage and his wife Jessie: ″his romance had ended in his marrying the saleswoman of 'Sunwise Turn,' a young American pampered out of all proportion to her position...″[14]

Jessie died in Luton, Bedfordshire between April–June 1985. [6] She is buried in St John-at-Hampstead Churchyard in plot L093.[12]