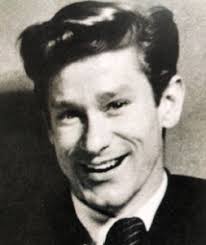 Henry Lawrence Faulkner (November 28, 1924 – December 5, 1981) was a Kentucky-born artist and poet known as an eccentric rebel and bohemian. Faulkner is best known for his wildly colorful oil paintings and eccentric acts, including his bringing a bourbon-drinking goat to parties and art shows. He was a close friend of Tennessee Williams, who called him "a creative poet and artist."

He moved to Lexington in 1955, where he lived on Prall Street for a time with fellow crossdresser Sweet Evening Breeze before getting his own place at 462 West Third Street, in which he kept a small chicken farm in the back yard.

Throughout his life, Henry seemed destined to be connected to celebrities. He was a cousin of the writer William Faulkner. He was one of Tennesee Williams' lovers. He was incarcerated in a mental ward with Ezra Pound, whom he befriended. Though living in relative obscurity, his art was sought after by many serious art collectors and celebrities, such as Bette Davis, Marlon Brando, Nat King Cole, Phyllis George and Vincent Price. Socialite Anita Madden, famous for her wild Derby parties, was a friend of Faulkner’s.

He loved cats, chickens and goats, of which he had many, much to the consternation of some of his neighbors. One of his favorite pets was a goat named Alice who loved to drink bourbon. Alice even accompanied Faulkner to a court appearance once. His favorite watering hole was within walking distance, a place called The Fish Net at the corner of 2nd and Jefferson, where the Wingspan Gallery currently occupies.

Faulkner’s behavior may have seemed bizarre to many, but he lived life to the fullest without the shackles of social convention. Never losing his awe of nature, he often expressed himself in paintings of flora and fauna. By the early 1960s he was earning a living with his art.

Legends about Faulkner abound – and some may be truthier than others. Some say he had a habit of stiffing restaurants by grazing at salad bars and neglecting the check. Another story is told about Faulkner abruptly imploring the driver of a car he was in to pull over, so that he could jump out, strip naked, and frolic in a field of flowers in broad daylight for a long while before finally returning to the car as if nothing unusual had happened.

He was often seen riding his bicycle in drag down Third Street, or reading poetry and singing old blues ballads in bars. Extremely sensitive to beauty, Faulkner was at times given to convulsions while viewing a painting.

Faulkner died in a car accident at the corner of Third & Broadway in Lexington, Kentucky, on December 3, 1981.

In 2014, the Faulkner Morgan Archive, Inc. was created, in part, to help preserve Henry Faulkner's legacy.[1]