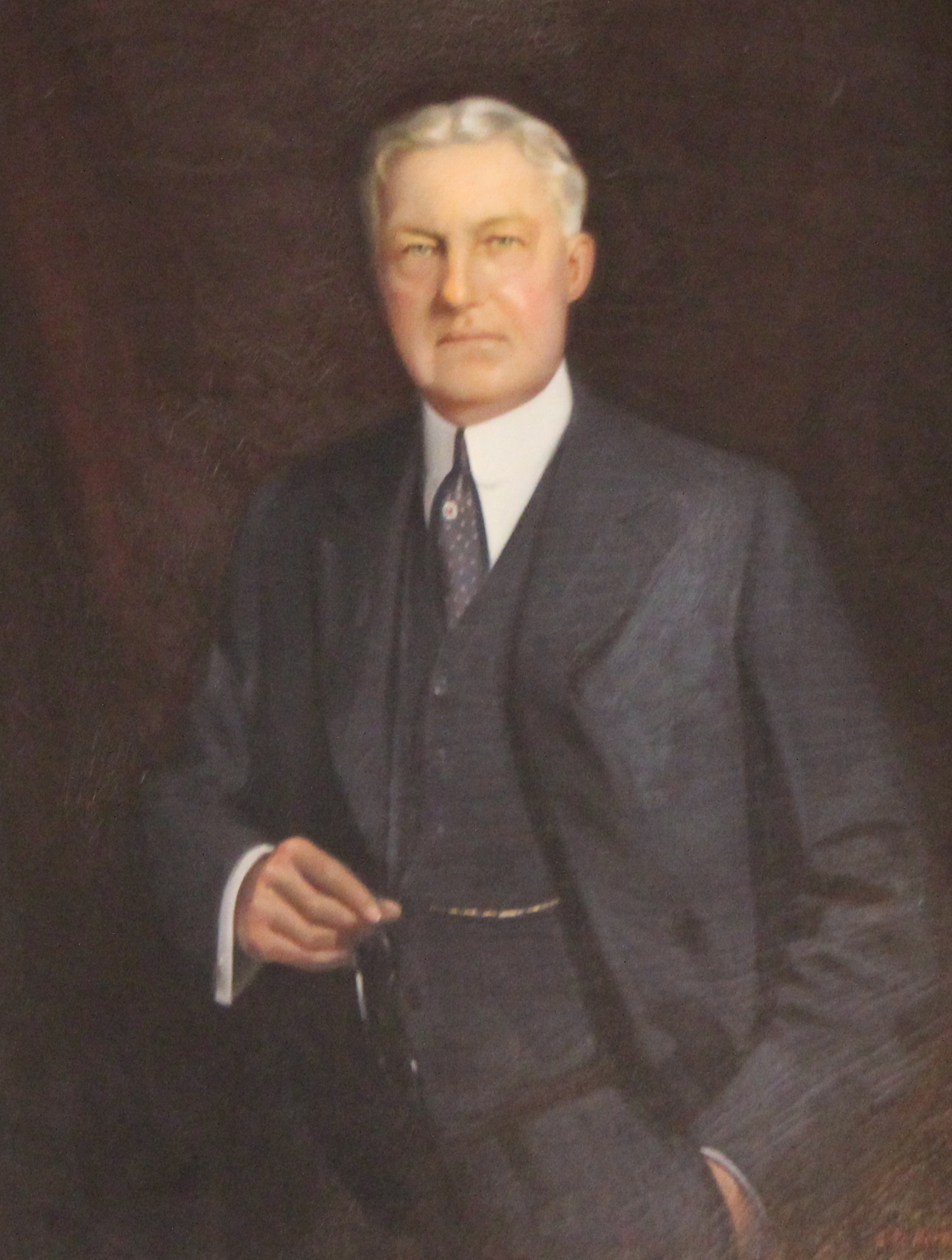 Harry Harkness Flagler (December 2, 1870 - June 30, 1952) was president of the Philharmonic Symphony Society of New York and the National Orchestral Association.[1][2] He was a member of the Horace Walpole Society, elected in 1910.

He was born in Cleveland, Ohio on December 2, 1870, to Henry Morrison Flagler, a founder of Standard Oil. He graduated from Columbia University in 1897.[1]

His wife died in 1938 after being ill for a year and a half.[4] Edward Prime-Stevenson wrote Once: But Not Twice in 1913. This story centers on Bertram Jaques, a middle-aged man who twenty years earlier had been rejected in the throes of a youthful passionate friendship by his friend's marriage. Now, after the wife's death, he writes his friend Douglas Macray offering him the opportunity to resume their friendship with a new union to make up for time lost. Macray decides he will take the chance but dies suddenly of a heart attack on his way to meet his friend at the opera. Stevenson was in love with Flagler in the early 1890s. Young Flagler was known for his wild escapades, but it may have been his lifelong interest in opera that drew him to Stevenson, the music reviewer for The Independent. After a friendship of several years, by 1893 there apparently occurred a falling-out that puzzled Stevenson. Flagler married. A brief reference in a subsequent letter to George E. Woodberry suggests that the two may have later made peace, though Stevenson remained single.