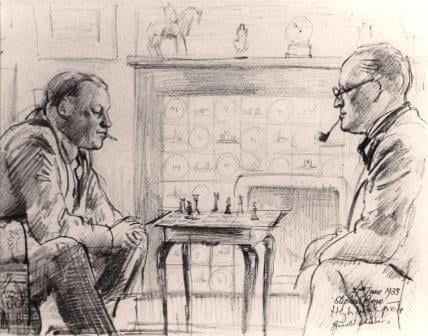 At the end of 1924 Hugh Walpole met Harold Cheevers (1893-1971) in Derwentwater, who soon became his friend and constant companion and remained so for the rest of his life; "that perfect friend". Cheevers, a policeman with a wife and two children, left the police force to become Walpole's chauffeur. Walpole placed great trust in Cheevers, who accompanied the novelist wherever he went, whether at Brackenburn or Piccadilly or on trips abroad. Their relationship was of course not known to the general public in his lifetime, and he was always terribly discreet, otherwise he would probably not have got knighted in 1937.

According to Dirk Bogarde, Walpole and Cheevers had a married life for fifteen years without intercourse. Walpole placed Cheevers at the top of his list of "First Fifteen friends, but went no further."