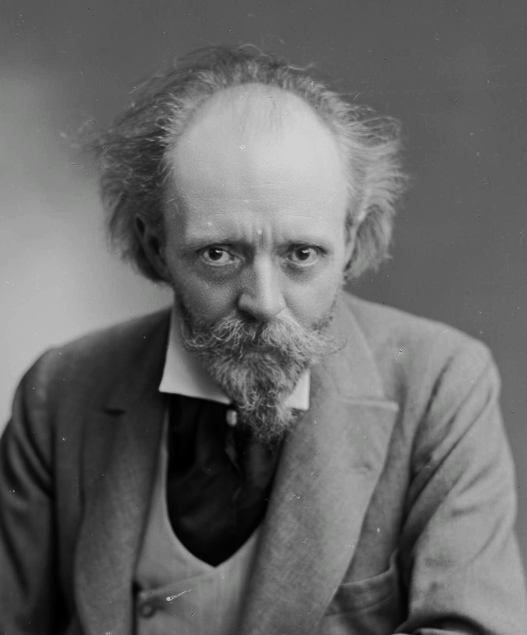 Sir Thomas Henry Hall Caine CH KBE (14 May 1853 – 31 August 1931), usually known as Hall Caine, was a British novelist, dramatist, short story writer, poet and critic of the late nineteenth and early twentieth century. Jack the Ripper suspect Francis Tumblety had a homosexual affair with Caine whilst spending time in Liverpool. Tumblety is said to have engaged in 'unusual sexual activities' and became known for his 'mania for the company of young men and grown-up youths', and for despising women.[16] In 1888, he was arrested on charges of gross indecency and indecent assault with force and arms against four men in Liverpool, euphemisms for homosexual activities. It would have been later in the same year he was arrested on suspicion of the infamous Whitechapel murders.[17] The Deemster (1887) is cited as example in Sexual Heretics: Male Homosexuality in English Literature from 1850-1900, by Brian Reade.

Caine's popularity during his lifetime was unprecedented. He wrote fifteen novels on subjects of adultery, divorce, domestic violence, illegitimacy, infanticide, religious bigotry and women's rights, became an international literary celebrity, and sold a total of ten million books. Caine was the most highly paid novelist of his day. The Eternal City is the first novel to have sold over a million copies worldwide.[1] In addition to his books, Caine is the author of more than a dozen plays and was one of the most commercially successful dramatists of his time; many were West End and Broadway productions. Caine adapted seven of his novels for the stage. He collaborated with leading actors and managers, including Wilson Barrett, Viola Allen, Herbert Beerbohm Tree, Louis Napoleon Parker, Mrs Patrick Campbell, George Alexander, and Arthur Collins. Most of Caine's novels were adapted into silent black and white films. A. E. Coleby's 1923 18,454 feet, nineteen-reel film The Prodigal Son became the longest commercially made British film.[2] Alfred Hitchcock's 1929 film The Manxman, is Hitchcock's last silent film.

Born in Runcorn to a Manx father and Cumbrian mother, Caine was raised in Liverpool. After spending four years in school, Caine was trained as an architectural draughtsman. While growing up he spent childhood holidays with relatives in the Isle of Man. At seventeen he spent a year there as schoolmaster in Maughold. Afterwards he returned to Liverpool and began a career in journalism, becoming a leader-writer on the Liverpool Mercury. As a lecturer and theatre critic he developed a circle of eminent literary friends by whom he was influenced. Caine moved to London at Dante Gabriel Rossetti's suggestion and lived with the poet, acting as secretary and companion during the last years of Rossetti's life. Following the publication of his Recollections of Rossetti in 1882, Caine began his career as a writer spanning four decades.

Caine established his residency in the Isle of Man in 1895, where he sat from 1901 to 1908 in the Manx House of Keys, the lower house of its legislature. Caine was elected President of the Manx National Reform League in 1903 and chair of the Keys' Committee that prepared the 1907 petition for constitutional reform. In 1929 Caine was granted the Freedom of the Borough of Douglas, Isle of Man. Caine visited Russia in 1892 on behalf of the persecuted Jews. In 1895 Caine travelled in the United States and Canada, where he represented the Society of Authors conducting successful negotiations and obtaining important international copyright concessions from the Dominion Parliament.

During the Great War (1914–1918) Caine wrote many patriotic articles and edited King Albert's Book, the proceeds of which went to help Belgian refugees. In 1917, Caine was created an Officer of the Order of Leopold by King Albert I of Belgium. Caine cancelled many literary contracts in America to devote all his time and energy to the British war effort. On the recommendation of the Prime Minister Lloyd George for services as an Allied propagandist in the United States, King George V made him a Knight of the British Empire in 1918 and a Companion of Honour in 1922. Aged 78 Caine died in his home at Greeba Castle on the Isle of Man.