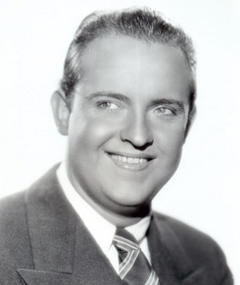 Born in Chattanooga, Tennessee, Sutton was raised in Florida where he attended St. Petersburg High School.[1] In college he began a relationship with Robert Seiter, the brother of film director William Seiter. In 1924, Bobby Seiter, having moved to California, secured Grady some extra work at Universal in his brother's pictures. Sutton would go on to larger partes, specializing in the daffy Southerner, befuddled and flustered around pretty women.

Sutton began his career during the silent film era and made the transition to sound films with the college themed shorts The Boy Friends.[1] He moved on to countless character roles, where he frequently played dimwitted country boys. His best-known roles were as Frank Dowling, Katharine Hepburn's dancing partner, in Alice Adams (1935) and as a foil to W.C. Fields in four films,The Pharmacist (1933), Man on the Flying Trapeze (1935), You Can't Cheat an Honest Man (1939), and The Bank Dick (1940).

Film historian William J. Mann characterizes Sutton as a typical "Hollywood Sissy," that is as a gay actor who ordinarily portrayed an effeminate character for comedic effect.[2]

He continued to work throughout the 1950s and 1960s, finally retiring from acting in 1979. The strength of his association with Fields was such that it was mentioned in the commentary for My Fair Lady. Sutton has a non-speaking role in some of the formal-dress scenes, and subtly performs some comic shtick. The commentator refers to him as "an old W. C. Fields actor".

On television, Sutton appeared in The Odd Couple, and he was seen in some commercials.[1]

On September 17, 1995,[1] Sutton died at the Motion Picture & Television Country House and Hospital in Woodland Hills, California at the age of 89.[3]