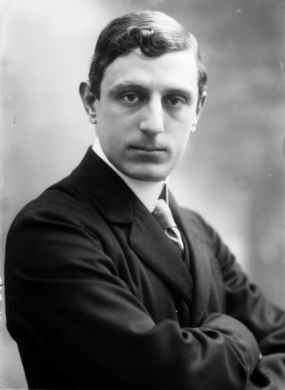 Giovanni Poggi (Florence, 11 February 1880 - Florence, 27 March 1961) was a historian and museologist Italian ; he graduated in literature from the Institute of Higher Studies in 1902 and devoted himself to the study of the arts and documentary research: the research and study of archival sources would always remain the focus of his interests as a scholar. Poggi was a friend of Herbert Horne.

Poggi was born in Florence to Luigi and Assunta Papini. He began his career as an officer of Antiquities and Fine Arts following the approval of the new law of the Italian State, law 12 June 1902 n. 185 ("Conservation of monuments and objects of antiquity and art"), and since 1904 he held the role of extraordinary inspector of the Royal Galleries of Florence. Poggi as an official of the Fine Arts since 1906 directed the National Museum of the Bargello, and from 1912 the Uffizi Gallery. The policy of public acquisitions was increased by trying to reduce as much as possible the export authorizations of ancient works of art; even when it came to limiting the freedom of action of friends such as Frederick Stibbert, Arthur Acton, Herbert Percy Horne, Charles Loeser, Bernard Berenson, that is, the great collectors who resided in Florence at the beginning of the twentieth century.

Founder and co-director of the magazine Art magazine.[1] In 1913 Poggi managed to recover the Mona Lisa, stolen two years earlier from the Parisian museum of the Louvre.[2][3] Poggi had been contacted by the Florentine antiquarian Alfredo Geri to verify its authenticity after coming into contact with Vincenzo Peruggia who naively thought of reselling the famous painting that he himself had, in 1911, stolen from the Louvre Museum.[2] If today we can still admire many of the works present in the museums and churches of Florence at the time of the Second World War, we owe it largely to him as he implemented, in the aftermath of Italy's entry into the war, a protection plan and safeguarding the artistic and cultural heritage: he identified dozens of safe places where he had the works moved. This is to preserve them from possible damage, but also from the Nazi looting ordered by Hitler himself. One of the places chosen to preserve the cultural heritage of Florence was the castle of Osbert Sitwell. After Giovanni Poggi was retired in 1949 due to age limits, the Municipality of Florence was appointed him to supervise the institutes and monuments of its own competence.