Magdalena Carmen Frida Kahlo y Calderón (Spanish pronunciation: [ˈfɾiða ˈkalo]; 6 July 1907 – 13 July 1954[1]) was a Mexican painter known for her many portraits, self-portraits, and works inspired by the nature and artifacts of Mexico. Inspired by the country's popular culture, she employed a naïve folk art style to explore questions of identity, postcolonialism, gender, class, and race in Mexican society.[2] Her paintings often had strong autobiographical elements and mixed realism with fantasy. In addition to belonging to the post-revolutionary Mexicayotl movement, which sought to define a Mexican identity, Kahlo has been described as a surrealist or magical realist.[3] She is known for painting about her experience of chronic pain.[4]

When Frida Kahlo discovered Diego Rivera's latest dalliance with the model for his nude centrepiece, the Earth Mother "Califia", appearing in the Luncheon Club's stairway mural, Helen Wills Moody, the American tennis star, she began her own sexual dalliance with Christina Hastings, the wife of one of Diego's assistants, who also had time on her hands. The lesbian affair resulted in a pencil portrait of her lover titled Lady Christina Hastings.

Bisexual Mexican artist Frida Kahlo has become an international icon for the power and intensity of her art, and the extraordinary suffering that she experienced in life.

Born in Mexico on July 6, 1907 to a German photographer and his Mexican second wife, Kahlo became a central figure in revolutionary Mexican politics and twentiethcentury art. When childhood polio damaged one leg, the six year-old's reaction was to become an athlete, an early indication of her courage and independence. 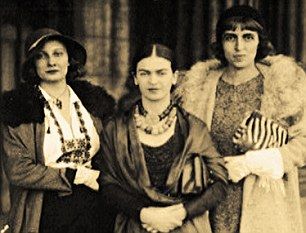 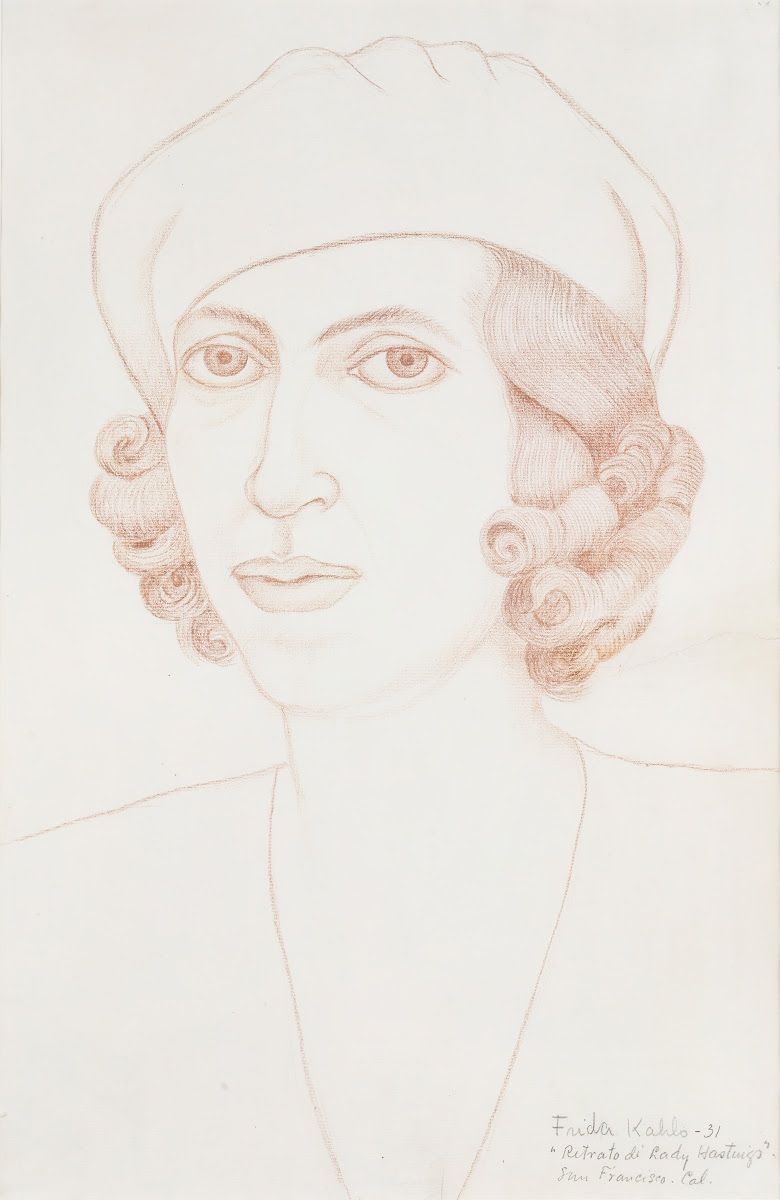 In 1925, at the age of eighteen, Kahlo suffered appalling injuries in a streetcar accident, when she was impaled by an iron handrail smashing through her pelvis. Multiple fractures to her spine, foot, and pelvic bones meant that the rest of her life was dominated by a struggle against severe pain and disability; she underwent thirtytwo operations in thirty years. She died at the age of 47 on July 13, 1954, possibly a suicide.

Following her accident Kahlo started painting, becoming an important surrealist. Her paintings, mostly self-portraits, employ the iconography of ancient Mesoamerican cultures to depict both her physical suffering and her passion for Mexican politics and for the love of her life, Diego Rivera, whom she married in 1929.

A famous painter of heroic revolutionary murals, Rivera was much older than Kahlo and incapable of sexual fidelity. When he began an affair with her sister, Kahlo left Mexico. However, she forgave him this and other infidelities. She divorced Diego in 1940, but remarried him later the same year.

Both artists had numerous affairs. Among Kahlo's lovers were Leon Trotsky and other men, but they also included several women. Available evidence suggests that her male lovers were more important to Kahlo than her lesbian affairs. Her friend Lucienne Bloch recalled Rivera saying, "You know that Frida is a homosexual, don't you?" But the complexity of the artists' marriage warns against taking this statement at face value.

However, Kahlo's queer significance is greater than her few lesbian liaisons suggest or even her representations of women, some of which are homoerotic. She was a masterly and magical exponent of cross-dressing, deliberately using male "drag" to project power and independence. A family photograph from 1926 shows her in full male attire, confronting the camera with a gaze best described as cocksure. So soon after her accident, this cockiness must have concealed unimaginable pain.

Clothes were extremely important to Kahlo. Although she was much more comfortable in slacks, she adopted ornate Mexican costumes on visits abroad and when at home with Rivera. Her "exotic" beauty was much admired; she was photographed by most of the leading art photographers of the time; and her visit to Paris led to the creation of the "Robe Madame Rivera," an haute couture version of her famous peasant costume.

If Kahlo used dress to make a nationalist political point, she also used it to make a statement about her own independence from feminine norms. Several photographic studies show her in men's clothing, and in one famous self-portrait she sits, shaven-headed, wearing a man's suit, surrounded by discarded tresses.

Heterosexual Freudian Laura Mulvey interprets this as mourning the wounded, castrated female body. A more positive feminist or queer reading recognizes the use of "butch drag" throughout her work to signify strength and independence.

Kahlo was troubling gender long before "lesbian boys" were invented.

Julie Taymor's film, Frida (2002), starring Salma Hayek as the artist, enshrined Kahlo in the popular imagination as a bisexual icon.