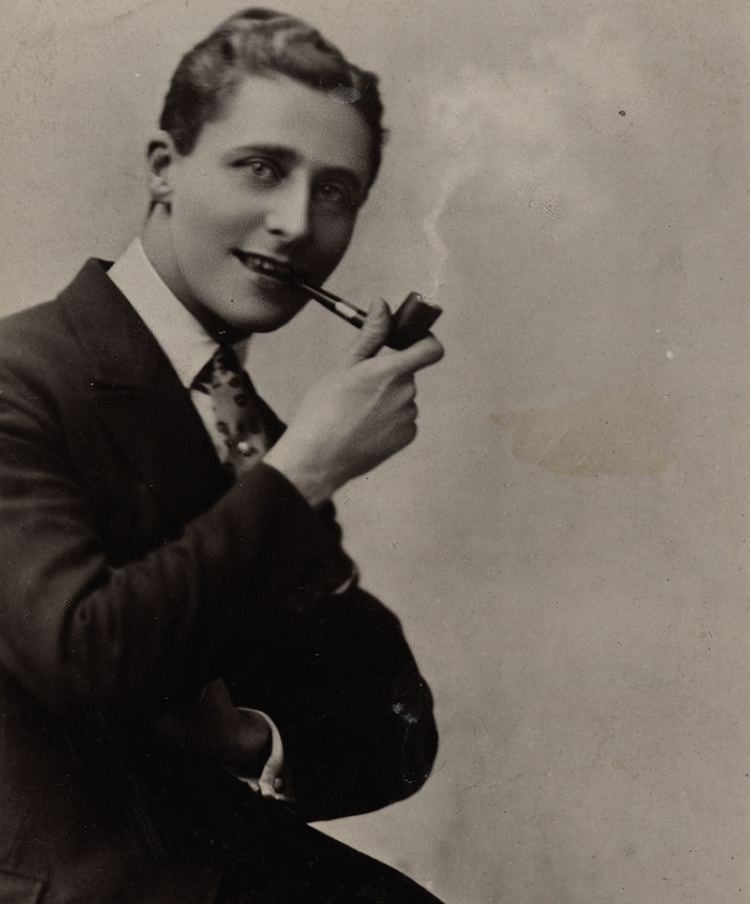 Frederick "Fred" Jester Barnes (31 May 1885 – 23 October 1938) was an English music hall singer known for his signature song, "The Black Sheep of the Family", which he first performed in 1907. Although popular on stage, Barnes became infamous for his erratic private life and was often named in frequent controversies reported by the press. Openly gay, Barnes retired to Southend-On-Sea and performed in seaside pubs, notably The Cricketers Hotel, Westcliffe-On-Sea. He died as a result of alcoholism and tuberculosis and, possibly, gas poisoning aged 53.

The Edwardian music-hall entertainer Fred Barnes was able to exploit the double standard. Newspapers of the time slavered over the evidence of arrested sodomites, but the effeminate Fred (‘Freda’ to the boys in the gallery) delighted his audiences with brazen innuendos. His hit song ‘The Black Sheep of the Family’ (1907) caused a storm of applause when it was first performed. ‘Only a few people’, Fred remembered, ‘glared at me as though I were a monstrosity.’ It’s a queer, queer world we live in And Dame Nature plays a funny game – Some get all the sunshine, Others get the shame.

Barnes was born at 219 Great Lister Street, Saltley, Birmingham, England. The son of a butcher, Barnes became interested in performing as a result of going to see Vesta Tilley in 1895. He made his debut at the Gaiety Theatre, Birmingham in March 1906 and gave his first notable performance playing the Duke of Solihull in Cinderella at the Alexandra Theatre, Birmingham, the same year. It was while starring in the pantomime that Fred acquired his first agent and attracted the attention of another Birmingham-born music hall artist, George Lashwood, who, in Fred's own words, 'took me in hand... [placed] at my disposal, free and unasked, the lessons of his long and brilliant career'.[1] It was following Cinderella's fourteen-week run that Fred first performed in London, persuaded by fellow cast members, The Eight Lancashire Lads, to travel with them. Upon his arrival, Fred found himself playing the hated first slot on the bills. However, this was to change when he decided to try out a new song, 'The Black Sheep of the Family', at the Hackney Empire in 1907. It was a huge success and was to remain Fred's most popular song. As Fred says in his account of his life ('How success ruined me'), his name was 'made in a single night'. With this impressive start to his career he spent the next few years establishing himself. By 1911 he was top of the bill on all of the major circuits and principal boy in a number of pantomimes.[1]

In 1913 his father committed suicide. Two weeks later, Barnes performed at the Birmingham Hippodrome, 'a place full of memories of my father. To this day I don't know how I got through that week'. The Birmingham Gazette of 30 August commented, 'Fred Barnes has this week proved the hollowness of the old saying that an artiste is never appreciated in his own town. He has gone a long way towards packing the house at every performance at the Hippodrome'. Following his father's death Fred's career continued to improve.[1]

Barnes was openly gay.[1] In an Era interview from 1914 he stated that he had no vacant dates for the next three years and held contacts for the next ten. This was when his personal problems, namely spending and drinking too much, began. He attributed these to dealing with both the death of his father and his newfound success and popularity. The large sums of money he was earning and which he inherited led him to begin spending extravagantly – a habit he found hard to break when he was no longer earning any money. But it was drinking which was to ruin Fred's career. He missed performances, went on stage incapable of singing or dancing and generally put less and less care into his performances. This led to his being moved down the bills until he was finally back at first turn. Managers grew wary of him and soon his outstanding contracts were paid off and he was without work altogether. He experienced extremes of success and failure, and as a young gay man escaped to London from his father and his father's lifestyle.[1]

During the 1920s, Barnes was sentenced to a month in jail for driving while drunk and in a dangerous manner and without a licence.[2] Following the arrest, he was deemed a "menace to His Majesty's fighting forces" (because of the topless sailor who had been travelling with him at the time of the accident), and was banned from attending the Royal Tournament, an annual military tattoo. Despite this he returned each year and successfully evaded discovery.[1]

By the mid 30s Barnes was suffering from tuberculosis. His failing health led him and his lover and manager John Senior to move to Southend-on-Sea. By this time any work consisted of playing the piano in pubs while Senior collected tips. Barnes's rent was paid for by Charles Ashmead Watson, while also funding lighting and clothing costs, as well as giving them a weekly allowance of 30 shillings.[1] Barnes made a number of attempts to return to the stage, most of which were unsuccessful; a final job in the summer of 1938, playing his songs in the lounge of a local hotel restored some of his confidence in his own ability. By the winter of that year he was told that he had three months to live causing the comedian to commit suicide soon after.[1]

Fred Barnes died in Southend-on-Sea on 23 October 1938. He was found dead from the effects of gas poisoning.

When the jury at the inquest into Barnes's death commented that Watson had been "wonderful", he replied "He was a great man". Naomi Jacob shared the view, and opined that Watson "had one of the kindest hearts in the world and was a fine artist and no mean dancer". The Era commented on Barnes's "singularly pleasing popularity". His funeral on 2 November 1938, was attended by hundreds of people at St Saviour's Church, Saltley with nearby streets crowded with mourners.[1]

Barnes was free with facts in interviews and in his own account of his life; his numerous publicity stunts which included announcements of his 'near-death' in a fire and a fake marriage.[1] His appearance, he was known to walk around London at the height of his success with a marmoset perched on his shoulder (later, playing the pubs in Southend-on-Sea, he made do with a chicken).[1]