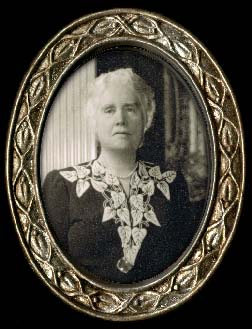 Fanny Peabody Mason (November 18, 1864 - August 29, 1948) was born in Boston, Massachusetts, the daughter of William Powell Mason (1835–1901) and Fanny Peabody Mason (1840–1895). Clara Endicott Sears was a New England author, preservationist, and philanthropist. She made a pact with cousins Mary Crowinshield Endicott and Fanny Peabody Mason to never marry. Sears led an independent lifestyle, acting as her mother’s adult companion, and traveled to Europe to visit Mary, who had married and moved to England.

The Peabody Mason Concerts were inaugurated in 1891 with a performance by Ferruccio Busoni.[1] The inaugural concert took place in the Mason music room, which had not been used by the family since the death of Miss Mason's mother. The name Peabody Mason comes from Miss Fanny Peabody Mason, who until her death in 1948 was an active patron of music both in the United States and abroad. Her musical interests were piano, singing and chamber music. In the years that followed, at her homes in Boston and in Paris, in Beverly on the North Shore and on her two-thousand-acre (8 km²) estate in Walpole, New Hampshire, Miss Mason continued to offer recitals by Ignacy Paderewski,[1] Arthur Rubinstein,[1] the Alfred Cortot-Jacques Thibaud-Pablo Casals trio, Emma Calvé, Maggie Teyte, the Nadia Boulanger Chamber Ensemble, Alexander Brailowsky, Egon Petri[1] and Earl Wild, among many others. In 1945, in Cambridge, Massachusetts, she gave a festival of Fauré’s music, including his opera Pénélope in concert form as a centennial commemoration of the birth of Gabriel Fauré. Miss Mason also commissioned Bohuslav Martinu’s Quintet for Piano and Strings, which was performed at her Boston residence at 211 Commonwealth Avenue in the presence of the composer.[1] The artist for many of the concerts presented by Miss Mason was pianist Paul Doguereau. Doguereau organized the commemorative Fauré Festival and was also the pianist for the performance of the Martinu Piano Quintet. First-prize recipient in piano at the Paris Conservatory, Doguereau studied under several eminent musicians including Emil von Sauer, Egon Petri, Ignaz Paderewski and Maurice Ravel. He concertized in Europe and North America and devoted much of his time to organizing the Peabody Mason concerts.

In her later years, Miss Mason transferred more of the responsibilities to her friend, pianist Paul Doguereau. They had often discussed presenting classical music at its best as a gift to general audiences. Upon her death in 1948, Miss Mason left a trust for musical enterprises under Mr. Doguereau’s direction. The Peabody Mason concerts continued to faithfully reflect the aspirations and purposes of Miss Mason.

Fanny Peabody Mason died aged 83 at Beverly, Massachusetts. The early Peabody Mason Piano Competitions were organized by Fanny Peabody Mason's longtime friend, pianist Paul Doguereau. The piano competition was inspired by Mason’s commitment to, and aspirations for, the arts and serves to showcase and encourage emerging piano talent. The first competition was held in 1981, with others following in 1984 and 1985. The grand prize winner received a yearly stipend plus a New York and a Boston recital. The competition’s rich heritage, its intermittent nature, and its generous prize have led to a significant reputation and a certain cachet for the award.