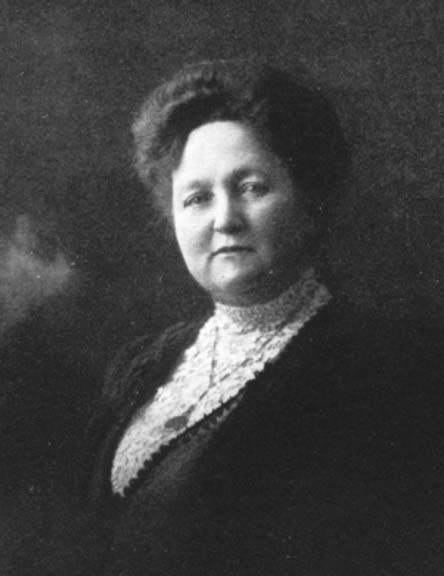 Elisabeth "Bessie" Marbury (June 19, 1856 – January 22, 1933)[1] was a pioneering American theatrical and literary agent and producer who represented prominent theatrical performers and writers in the late 19th and early 20th centuries and helped shape business methods of the modern commercial theater. She was the longtime companion of Elsie de Wolfe (later known as Lady Mendl), a prominent socialite and famous interior decorator. They met at a luncheon given by their mutual friend, Sarah Cooper Hewitt.

Bessie Marbury was born and raised in the affluent and cultured home of one of 19th-century New York's oldest and most prominent "society" families. She was reputedly a descendant of Calvinist Anne Hutchinson (née Marbury), who co-founded Rhode Island after her banishment from Massachusetts Bay Colony. Bessie Marbury both used and defied these connections during the Victorian era to establish herself as an important literary and theatrical talent agent and theatrical producer, helping to define and create these very professions as they emerged in the new world of mass production, advertising and popular culture in post-Civil War American society.

For many, Marbury remains a bundle of contradictions. Although she was the embodiment of female independence in almost every way, she initially opposed suffrage. She made a bold reversal once women in the United States did receive the right to vote, and in 1918 she became active in the Democratic Party, serving as a delegate. She was also a passionate convert to Roman Catholicism. She was likewise very active in the Knights of Columbus, a Catholic organization. In 1923 she published an autobiography, My Crystal Ball:Reminiscences (NY: Boni and Liveright, [1923]). She had earlier published Manners: A Handbook of Social Customs in 1888.

Marbury never married, but starting in 1885 lived openly with Elsie De Wolfe in what many observers accepted as a lesbian relationship,[2][3][4] first at Irving House, then East 55th Street and last at 13 Sutton Place, the Amazon Enclave where also Anne Morgan and Anne Harriman Vanderbilt lived. It was during an amateur production for the opening of swank Tuxedo Park in 1886 that Marbury met de Wolfe.

In 1903, along with Anne Morgan and Anne Harriman Vanderbilt, Marbury helped organize the Colony Club, the first women's social club in New York.[3] They engaged Stanford White, then New York's most famous architect, to design the interiors of the Club.[4] Reading the diaries Morgan began keeping in 1903, Alfred Allan Lewis argues that she fell in love with Marbury but that Marbury, while flattered by and welcoming of the younger woman's ardor, remained primarily devoted to de Wolfe. She became a role model for Morgan's own career as an activist and for her subsequent romantic and socially influential partnership with Anne Vanderbilt.

Marbury had a long lasting friendship with Elizabeth Arden (1878-1966), a Canadian-born American businesswoman who founded what is now Elizabeth Arden, Inc. They spent many weekends at Marbury’s Maine home, Lakeside Farm. After Marbury’s death in 1933, Arden bought the property with the intention of fulfilling Marbury’s wish that it be turned into a home for working women—though it eventually became part of a luxury resort instead.

Marbury died in 1933. Her funeral at St. Patrick's Cathedral was attended by an impressive array of the most important American leaders and dignitaries of the day. De Wolfe was noticeably absent from the funeral, despite the fact that she was the prime beneficiary of Marbury's will.

Bessie Marbury is buried in Woodlawn Cemetery in The Bronx, New York City.