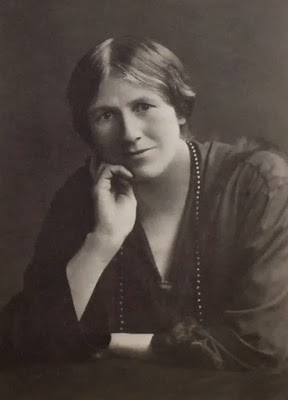 She was a British surgeon. Among the earliest women in the UK to pursue a career in surgery, at that time an almost entirely male-dominated profession, she was also the co-founder of the South London Hospital for Women and Children.[1]

Born at Petworth in Sussex, her father, John Neville Colley Davies-Colley, was a surgeon at Guy's Hospital; her maternal grandfather, Thomas Turner, was also treasurer of that hospital.[2] Her elder sister was the painter Frances Baker, and the feminist and publisher Harriet Weaver was her cousin. She studied at Baker Street High School for Girls and Queen's College, London. After leaving school, she at first worked with poor children in London's East End.[2]

Davies-Colley studied medicine at the London School of Medicine for Women (1902–7), achieving the MB BS degree in 1907, and was awarded the MD degree by the University of London in 1910.[2] In 1911, she became the first female fellow of the Royal College of Surgeons.[2][3]

In 1917, she was one of the founding members of the Medical Women's Federation.[2]

Davies-Colley and her colleague Maud Chadburn began raising funds in 1911 for a new South London Hospital for Women and Children.[2] At that time, such hospitals served the dual purpose of improving medical care for women and enhancing career prospects for female medical practitioners, as many hospitals refused to employ women.[5] Aided by her cousin Harriet Weaver and other feminists, enough money was raised to open an outpatients' department in Newington Causeway in 1912. A purpose-built eighty-bed hospital on Clapham Common, staffed entirely by women, was opened by Queen Mary on 4 July 1916.[2][5][6] Davies-Colley worked at the South London Hospital for Women and Children from its foundation until her death, holding various positions including senior surgeon.[2]

The hospital remained open until 1984.[5][6] It was unusual in retaining the women-only staffing policy, initiated by Davies-Colley and Chadburn, right up until closure.[5][7]

Davies-Colley died suddenly of thyroid toxaemia in London in 1934.[2]

One of the Royal College of Surgeons' lecture theatres at Lincoln's Inn Fields was refurbished and dedicated in Eleanor Davies-Colley's memory in 2004, with the aim of celebrating the role of women in surgery and encouraging more women to enter the profession.[3][8] A major fundraising drive (led by another pioneering woman surgeon, Averil Mansfield, the first woman to become a professor of surgery in the UK)[9][10] raised nearly a quarter of a million pounds for the project.[8] The lecture theatre contains a visual representation featuring Eleanor Davies-Colley and other pioneering female surgeons.[8]