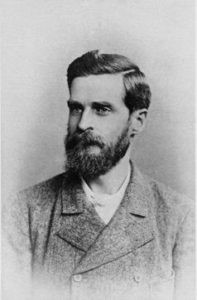 Clement Hugh Gilbert Harris (8 July 1871 – 23 April 1897) was an English pianist and composer who studied in Germany and died fighting in the Greco-Turkish War of 1897.

He was born in London and educated at Harrow School. He subsequently studied music in Frankfurt, where he was a piano pupil of Clara Schumann. He became intimate friends with Siegfried Wagner and in 1892, undertook a trip to the far East in Wagner's company. During the voyage, he sketched his symphonic poem Paradise Lost, after Milton and helped Siegfried Wagner to choose a composing and conducting career rather than as an architect. An enthusiastic admirer of Greek culture, he was travelling in Greece at the outbreak of the Greco-Turkish war and organized his own battalion of mercenaries to fight on the Greek side. He was killed at Pente Pigadia on 23 April 1897 at the age of 25. Harris's death was commemorated by the poet Stefan George in the poem 'Pente Pigadia' in his collection Der siebente Ring.[1]

Clement Harris's works included pieces for piano, including Il pensieroso and L'Allegro after Milton, romances for violin and piano and clarinet, cello and piano,[2] and songs.[3] His diaries were published in German by the Stefan George scholar Claus Bock.[4]

In 1922–23 Siegfried Wagner composed the symphonic poem Glück as a memorial to Harris.