Charlotte Bunch (born October 13, 1944) is an American feminist author and organizer in women's rights and human rights movements.[1][2][3] Bunch is currently the founding director and senior scholar at the Center for Women's Global Leadership at Rutgers University in New Brunswick, New Jersey.[3] She is also a distinguished professor in the Department of Women's and Gender Studies at Rutgers.[4] Active in the women's liberation movement of the 1960s, Bunch taught courses on feminism at colleges and universities, participated in international conferences concerning women, peace, and Christianity, edited feminist books and journals, and worked to develop a lesbian/feminist ideology. See also Charlotte Bunch, Additional Papers.

Bunch, one of four children to Charles Pardue Bunch and Marjorie Adelaide (King) Bunch, was born in West Jefferson, North Carolina. That same year, her family moved to Artesia, New Mexico. She attended public schools in Artesia before enrolling at Duke University in 1962.[5]

She has been extremely active in political movements for decades and is openly lesbian. She found inspiration for being a women's and human rights activist through her family's dedication to "activism as good works."[7] 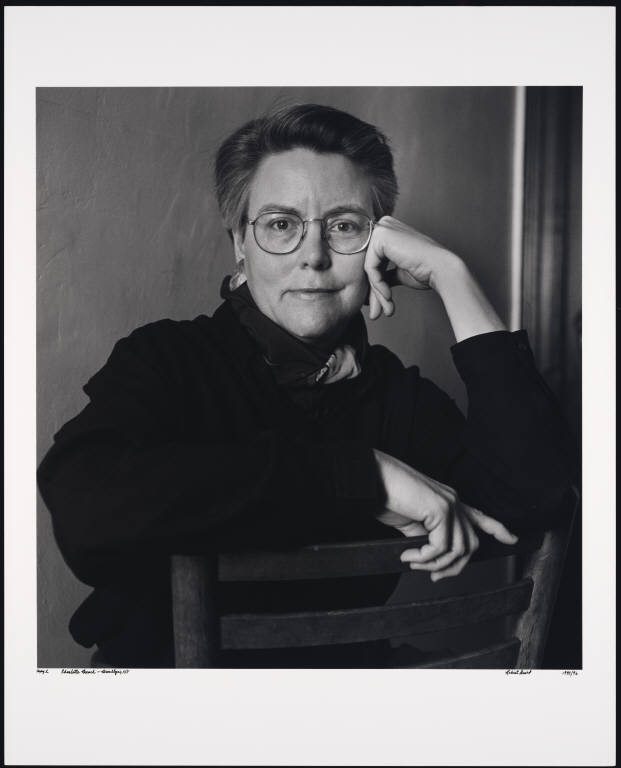 Shortly after graduating from Duke University, Bunch became a youth delegate to the World Council of Churches Conference on Church and Society in Geneva, Switzerland. That same year she became president of the University Christian Movement in Washington D.C. for one year.

Following this position, Bunch became a fellow at the Institute for Policy Studies in Washington D.C., and she founded the Washington D.C. publications, Women's Liberation and Quest: A Feminist Quarterly.[8]

Through inspiration from Black Nationalism, Bunch took part in founding The Furies Collective, a group that published its first newspaper, The Furies, in January 1972. The goal was to give a voice to lesbian separatism.[7] While the collective only survived for about one year, the home of the Furies Collective later was named the first lesbian-related historic landmark in Washington D.C., and became the first lesbian site on the National Register of Historic Places.

In 1977, Bunch became an associate of the Women's Institute for Freedom of the Press (WIFP).[9] WIFP is an American nonprofit publishing organization. The organization works to increase communication between women and connect the public with forms of women-based media. She participated in or facilitated numerous international workshops and conferences, and from 1979 to 1980 she was a consultant to the secretariat for the World Conference for the United Nations Decade on Women which was hosted by WIFP.[6]

In 1989, she founded the Center for Women's Global Leadership at Douglass College, Rutgers University, of which she remains the founding director and senior scholar. She was succeeded as executive director by Radhika Balakrishnan in September 2009.[10]

The Center for Women's Global Leadership (CWGL) lobbied the United Nations and the international community to view women's rights as a human rights issue. CWGL is a component of the Gender Equality Architecture Reform (GEAR) Campaign, working towards the establishment of a new United Nations Gender Entity that works for equality for all of the world's women. Bunch has been a major voice for this campaign.[11][12] The gender entity was finally created after four years of advocacy on July 2, 2010, and deemed UN Women.[13]

At its 20th-anniversary symposium on March 6, 2010,[14][15] following panel discussions on body, economy, and movement, CWGL organized a tribute[16] to its founder, Charlotte Bunch,[17] who transitioned on September 1, 2009 from her role as executive director to working with CWGL in her new capacity as founding director and senior scholar. Attendees watched a short preview of the then-upcoming documentary film Passionate Politics: The Life & Work of Charlotte Bunch (2011), directed by Tami Gold, which chronicles Bunch’s lifelong personal and political commitment to women’s human rights.[18]

She has served on the boards of numerous organizations and is currently a member of the Advisory Committee for the Human Rights Watch Women's Rights Division, and on the boards of the Global Fund for Women and the International Council on Human Rights Policy.[20][21] She has been a consultant to many United Nations bodies and recently served on the Advisory Committee for the Secretary General's 2006 Report to the General Assembly on Violence against Women.[22] She has also voiced her support for the Campaign for the Establishment of a United Nations Parliamentary Assembly, an organisation which campaigns for democratic reform in the United Nations.[23]