Antonio Cánovas del Castillo de Rey (13 December 1908 – 13 May 1984[1]), known professionally as Antonio Castillo, was a Spanish costume designer who won an Academy Award for the film Nicholas and Alexandra in the category Academy Award for Best Costume Design during the 1971 Academy Awards, that he won along with Yvonne Blake.[2]

Antonio Cánovas del Castillo de Rey was born in 1908 in Madrid. He was educated in his home city at the Colegio del Pilar and the University of Madrid before studying in Granada at the El Sacro Monte. In 1936 the Spanish Civil War started and Castillo went to Paris.[3] He spent some time as a diplomat and also designed accessories for Coco Chanel and Elsa Schiaparelli. In 1941, he became the assistant of the couturier Robert Piguet, then in 1942 he joined Jeanne Paquin. At that time, he worked for Jean Cocteau for Beauty and the Beast, or drew the wedding dress of Élisabeth, the daughter of General de Gaulle, when she married Alain de Boissieu. Castillo, together with Pierre Balmain, Cristóbal Balenciaga, and Christian Dior, were the new generation of Paris designers after World War II. In 1945, Elizabeth Arden persuaded him to join her in New York. He produced collections based on natural shoulder lines and slim silhouettes, topped with small hats, until 1950. Castillo also worked as a costume designer for the New York Metropolitan Opera Company and for Broadway shows. In 1950, Castillo was invited by Jeanne Lanvin's daughter to design for her mother's firm in Paris, with hopes of relaunching the firm's name. In 1950 he joined the fashion house of Lanvin. Lanvin had died in 1946 and the salon needed a new designer. From 1950 to 1962, the salon was known for elegant clothes, slender lines, long flowing skirts in rich fabrics, and elaborate embroideries. In 1962, Castillo left Lanvin and in 1964 opened his own business in Paris. He continued to design clothes for clients, the film and the stage.[4] The fashion house closed in 1969.

Date: 1949-1950 Maker: Elizabeth Arden Designer: Antonio Castillo. This dress was made for the donor, Mrs. William Rhinelander Stewart (Jane Newboldt Stewart), by Antonio Del Castillo in 1949 when he worked for Elizabeth Arden in New York City. In the spring of the following year, she wore it to the wedding of Anne Legeandre Armstrong in New Orleans, Louisiana. 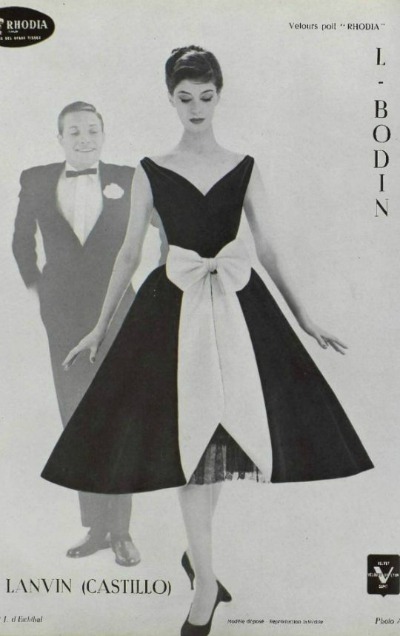 Evening dress of net and petticoat of silk taffeta and net, 'Tuileries', designed by Antonio Castillo for Lanvin, Paris, 1957. Worn and given to the V&A Museum by Stella, Lady Ednam.

This dress was designed by Antonio del Castillo (1908–84) for the couture house of Lanvin in 1957. It was embroidered by the house of Lesage, a famous French embroidery firm. The design was created by François Lesage (b.1929), who inherited the business in 1949, and was inspired by the embroidery on 18th century waistcoats. The dress was worn and given by the Countess of Drogheda. The same model was also made for the actress Vivien Leigh, who wore it with a purple silk satin stole on at least three occasions between 1961 and 1963. Her dress was sold at Sotheby's in 2003.

The Spanish fashion designer Antonio Castillo (1908-1984) at the fashion house Lanvin, Paris (France). In 1960. (Photo by adoc-photos/Corbis via Getty Images)

The Spanish fashion designer Antonio Castillo (1908-1984) at the fashion house Lanvin, Paris (France). In 1960. (Photo by adoc-photos/Corbis via Getty Images) 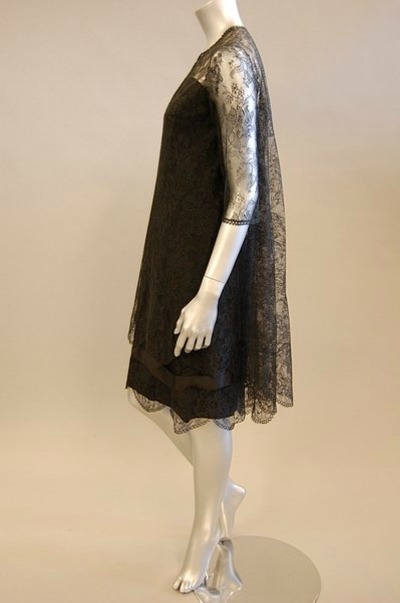 At the same time when he opened his own fashion house in Paris, Castillo a lower budget line for the Miss Cosmopolitan department at Best & Co. It was a collection of ready to wear sportswear that Castillo designed for Zacari, Ltd., a Seventh Avenue manufacturer. The clothes were French in spirit (several of them were done in French Boussac cottons), but American in sizing and the fashion needs they were intended to meet. Many of the dresses were based on the shift or had waistlines created by pullthrough sashes that were slightly raised in front. Their eyestopping effect was achieved with printed cotton and silk fabrics in tropical colorings. Two of the most striking designs were pants costumes. One was a white Arnel jersey full length pleated culotte worn with a sashed overblouse. The other was a knee length culotte that buttoned only at the midriff to a brief top. This design was done in a patchwork of solid colored Madras squares. The collection ranged from $12 (around $107 today) for white stretch pants to $40 for a pure silk print dress and $60 (around $505 today) for the pleated culotte.