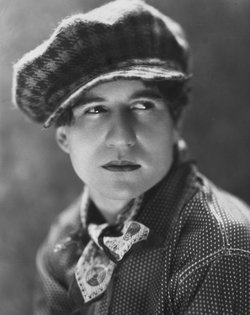 Co-director of the Pavley-Oukrainsky Ballet in Chicago, Henryk van Dorp de Weyer aka Andreas Pavley (1886 - June 26, 1931) was born in India of a Russian father and Dutch mother. Educated by E. Cechetti and Clustine in St. Petersburg, Pavley was a thoroughly schooled dancer in the Russian Imperial Style. He studied under Jacques Dalcroze and in 1909 staged in Amsterdam a production of Beethoven's Prometheus with more than a hundred performers. Beginning of the 1910s he was the dance partner of Lili Green. As 'famous Russian dancers' they performed 'free' modern dances barefoot and in costumes of transparent material, inspired by nature and the music of, among others, Debussy, Chopin and Ravel. The duo received excellent reviews for this.

With Pavley, Green produced a series of enormously successful dance concerts in London and The Netherlands (1910–1911). These presented Oriental and classical-mythological themes in a decoratively theatrical manner, for the Java-born Pavley strongly typified the prewar perception of dance as a rapturous submission to glamorous exoticism.

In 1913, Pavley met Serge Oukrainsky (1885–1972), a dancer with Anna Pavlova's ensemble. Oukrainsky persuaded Pavley to join the Pavlova group with Alma Voedisch, and when that tour of duty ended, in 1915, Pavley and Oukrainsky stayed in the United States, where in 1916 they founded the Pavley-Oukrainsky Ballet. They subsequently became quite prominent for their promotion of a flamboyantly decorative ballet culture in Chicago (1916–1927) and then in Los Angeles (1927 ff.).

In the United States, the dancers jettisoned Voedisch, contracted with the Metropolitan Opera for special performances, and with the Chicago Opera Association for a season's residency. Their early repertoire had qualities of pastiche about it - a dance to Massenet's "Cleopatra," a Sword Dance, a Demon Dance to music by Anton Rubenstein. Perhaps the most remarkable feature of the early programs was the relative lack of Russian music.

On November 5, 1916, the Seattle Sunday Times posted a very interesting and somewhat enlightened feature article titled "Are American's Men Ashamed to Be Graceful?", written by three of the leading male dancers of the period: Andreas Pavley, Ted Shawn, and Vaslav Nijinsky. All three men were gay or bisexual, and Pavley and Nijinsky led tragic lives.

By the end of 1916 Pavley became a flashpoint in the cultural debate over masculine style, with some wondering whether his androdgyne grace was somehow perverse. Realizing that in America one had to be assertively public in one's contention, Pavley and Oukrainsky began publishing and writing a widely syndicated newspaper series on physical culture, beauty, and ballet in early 1917. In summer of 1918, the duo established a summer ballet school at South Haven, Michigan.

Pavley and Oukrainskey maintained their connection with the Chicago Opera for several years, and became a highlight of performances of Massenet's "Cleopatra," yet concurrently undertook tours of "Ballet Intime," stripped down minimalist productions lacking a dancing chorus. The partnership in Chicago lasted eight years, before Oukrainskey departed with his own troupe to tour South America. Pavley maintained some form of the ballet in operation until 1931 when he either leaped or fell to his death from his room on the sixteenth floor of the McCormick Hotel and narrowly missed striking a hotel clerk as his body hit the concrete pavement.

The police expressed the belief that Pavley had leaped to his death because of financial reverses and because he was unable to meet an extortion demand for $100 from a blackmailer. On the other hand W. D. A. Peaslee, a friend, said Pavley's dancing school was prospering, that Pavley had strong religious prejudice against suicide, and furthermore contended that the circumstances of the death indicated the dancer had accidentally fallen from the window while tinkering with his radio set. The extortion letter, bearing the signature "Edward Walls" was turned over to the authorities by Morris M. Madden, another friend, who had been given the letter by Pavley shortly after its receipt the previous week. A postal card addressed to Pavley, bearing the words "Don't forget!" and signed "Edward Walls" was turned over to the police by the hotel management. The card came in the morning of the apparent suicide but had not been delivered to Pavley. The police said the torn screen in the window indicated the dancer had jumped. He was clad in pajamas, which were torn about the shoulders and back.

Arthur B. Corey’s book, Danse Macabre: The Life and Death of Andreas Pavley, was published in 1977 by Bridwell Library. The work is a biography of Pavley, who was one of Corey’s colleagues from his years as a professional dancer in Chicago.