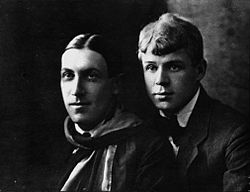 Anatoly Borisovich Marienhof or Mariengof (6 July (24 June O.S.) 1897 – 24 June 1962) was a Russian poet, novelist and playwright. He was one of the leading figures of Imaginism. Now he is mostly remembered for his memoirs that depict Russian literary life of the 1920s and his friendship with Sergei Yesenin. Yesenin became associated with the Russian Imagist movement, which included the poets Ryurik Ivnev and Anatoly Marienhof, both homosexual; and appears to have had a three-year affair with the latter.

Anatoly Marienhof was born into a Livonian nobleman's family in Nizhny Novgorod. Upon graduating from gymnasium in 1914, he was drafted and served during the First World War on Eastern Front.

Marienhof's literary career started in 1918 when he participated in the Imaginists' manifesto "Deklaraciia", published in Voronezh. The manifesto was signed also by Sergei Yesenin and other Moscow poets. Together they started a new poetic flow called Imaginism. Marienhof participated in all Imaginist actions and publications. He himself published a dozen books of poetry in 1920—1928. He became a close friend of Yesenin with whom he shared a flat during some months. Marienhof is the dedicatee of some of Yesenin's major works, including the large poem Sorokoust, the drama Pugachov and the tract on poetics Maria's Keys'. 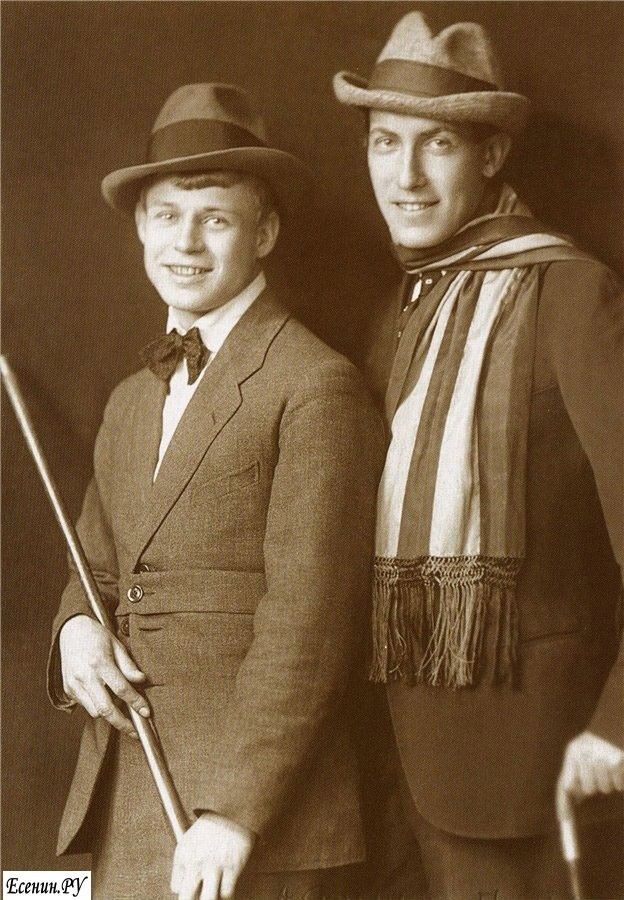 Marienhof gained further renown with his controversial fiction: "The Novel without Lies" (1926) and "The Cynics" (1928). The former presented his fictionalized (although still largely accurate) recollections of his friendship with Sergei Yesenin; the latter was a story of the life of young intellectuals during the revolution and the War communism. Both were met with sharp criticism in the Soviet press. "The Cynics" was published in Berlin (Petropolis), and not in the Soviet Union until 1988.

After the publication of his last novel, "Shaved Man", in 1930 in Berlin and parts of his historical novel "Ekaterina" (1936), Marienhof was reduced to writing for theatre and later for radio without any hope of being published again. Yesenin's works were edited in the USSR for a long period of time to omit the dedications to Marienhof.

In his later years, after Joseph Stalin's death, Marienhof wrote mostly memoirs; they were published several decades after his death in 1962.