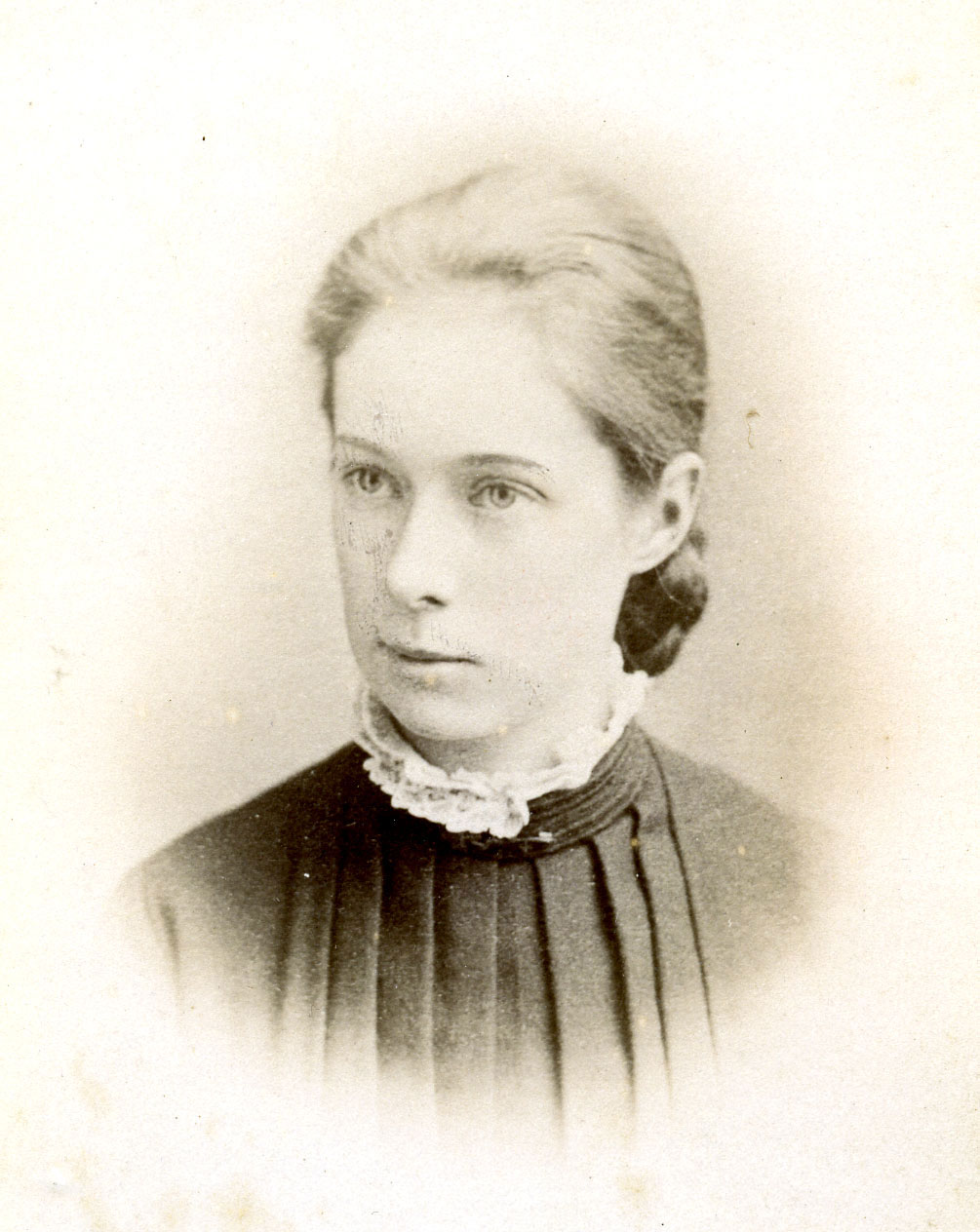 Wilhemena (Winnie) was born in 1863, the third daughter of the Hitchin Quakers Frederic and Mary Ann Seebohm. She suffered from asthma and died at the age of twenty two. The Hertfordshire Mercury for 2 January 1886 recorded her death as follows:

“She had a great love of study and at her earnest desire was allowed to enter Newnham College, Cambridge, the matriculation examination of which she passed with great distinction, with a view to qualifying herself for future usefulness.”

An account of her life has been written by Victoria Glendinning, née Seebohm, and published as “A Suppressed Cry” by Routledge & Keegan Paul, London, 1969. On her death, her family borrowed as many of her letters as they could and copied extracts from them. Most of the letters are concerned with Winnie’s spiritual thoughts and accounts of her term at Newnham College. She attended with her friend and neighbour Margaret Tuke. Dame Margaret Tuke (1862-1947) was an academic and educator. Known to her friends as Meta, she was a daughter of a Quaker family of Hitchin. As women were not allowed a degree, she is recorded as a graduate of Dublin. She became Principal of Bedford College, London. She is buried at St Mary, Hitchin.