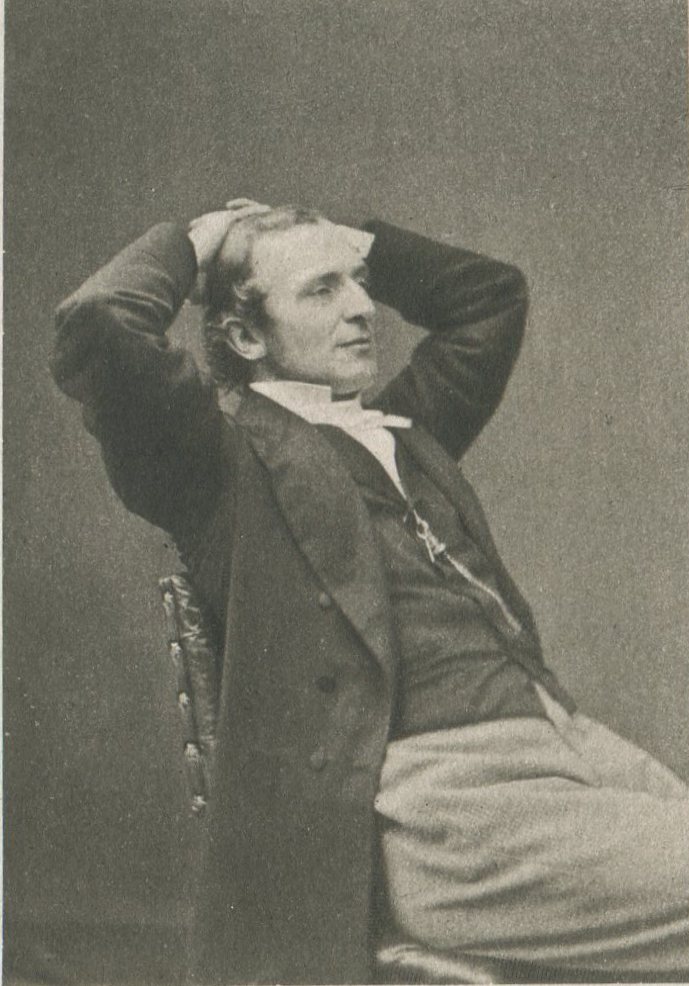 William Johnson Cory (9 January 1823 – 11 June 1892), born William Johnson, was an English educator and poet. He was dismissed from his post at Eton for encouraging a culture of intimacy, possibly innocent, between teachers and pupils. He is widely known for his English version of the elegy Heraclitus by Callimachus.

He was born at Great Torrington, and educated at Eton, where he was afterwards a renowned master, nicknamed "Tute" (short for "tutor") by his pupils. After Eton, where he won the Newcastle Scholarship,[1] he studied at King's College, Cambridge, where he won the Chancellor's Medal for an English poem on Plato in 1843, and the Craven Scholarship in 1844.[2] He was a writer of Latin verse as well as English verse. Although best known for the much-anthologised "Heraclitus", an adaptation of an elegy by Callimachus, ("They told me Heraclitus, they told me you were dead"[3]), his chief poetical work is the collection Ionica.[groupname 1]

Cory became an assistant master at Eton in 1845 just after graduating from King's. He insisted on the centrality of personal ties between teacher and student. The historian G. W. Prothero described him as "the most brilliant Eton tutor of his day". Arthur Coleridge described him as "the wisest master who has ever been at Eton". Among his former pupils are numbered several statesmen of the period, including Lord Rosebery, Captain Algernon Drummond, Henry Scott Holland, Howard Overing Sturgis, Charles Wood, 2nd Viscount Halifax and Arthur Balfour.

Johnson was forced to resign from Eton at Easter 1872 after an "indiscreet letter" that he had written to a pupil was intercepted by the boy's parents and brought to the notice of the headmaster.[4] Although it has been suggested that Johnson was a devoted pederast who numbered among his paramours Reginald Brett, the future Lord Esher,[5] the Dictionary of National Biography maintains that this cannot be proved and that "No one can be quite sure of the exact circumstances of his resignation," adding: "There is no question, however, that he was dangerously fond of a number of boys. Although he probably did not allow his affections to take any physical form, he permitted intimacies between the boys. This conduct was brought to the notice of the headmaster, James Hornby, who demanded Johnson's resignation."[6] In dismissing Johnson, Hornby commented that it was not for committing acts of “immorality in the ordinary sense of the word”,[7] meaning sodomy in the euphemism of an era when passionate relationships between men and boys were justly encouraged, and an alternative view of Johnson's dismissal is given by William C. Lubenow, who posits that Hornby "turfed out William Johnson and Oscar Browning because they were liberal reformers in a highly authoritarian institution ... [they] attempted to create a community where power and personality, desire and discipline, and love and learning were integrated. They committed the crime of Socrates: they corrupted youth by creating a world of multiple loyalties."[8]

Johnson retired to Halsdon and changed his name on 17 October 1872 to Cory (the maiden name of his paternal grandmother) before emigrating for health reasons to Madeira in February 1878, where he married and had a son. He returned to England in September 1882, settling in Hampstead, where he died on 11 June 1892. He was buried at Hampstead on 16 June.[9]