At his death, Dr. Melester was chief of surgical education at St. Vincent's and an associate professor of surgery at New York Medical College.

He graduated from the College of William and Mary and the University of Virginia School of Medicine, and received surgical training at New York Hospital-Cornell Medical Center, where he was a faculty member.

From the beginning of the AIDS epidemic, he placed a high priority on providing surgical services to H.I.V.-infected patients. He wrote extensively on the subject of AIDS and he was involved with a number of AIDS education programs in New York. He was also a consultant to the American Civil Liberties Union and the New York State Department of Mental Health.

He died on January 5, 1995, at St. Vincent's Hospital. He was 40 and lived in TriBeCa. The cause was complications from AIDS, said his companion, Craig Lucas, the playwright. The pain of illness and loss and the role of drugs in getting well and killing pain all helped Lucas write God's Heart. 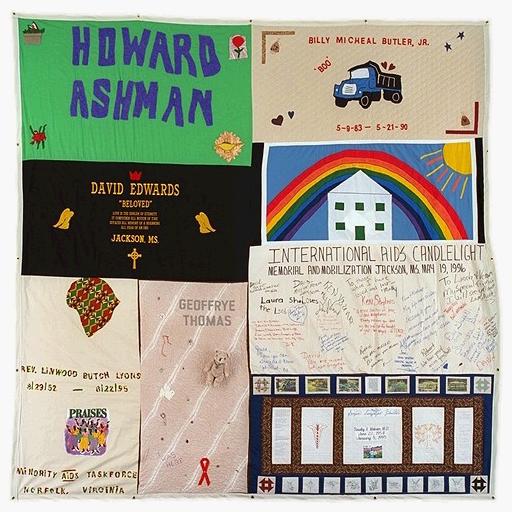 Postcard from Grief (1995) by Craig Lucas

"My lover died this year on January 5th. We were together for eleven years. He was forty. His name was Timothy Scott Melester. He was a surgeon and an AIDS educator.

I find my way by sticking to simple declarative sentences: hand-holds over the swampy, rocky terrain of my terror and grief. After the initial crush of letters and flowers, phone calls and devotional meals, I went into a mania of work-writing plays and screenplays, attending rehearsals, traveling, seeing friends, tackling projects. I went through all of Tim's belongings and gave many of them away. I took off my wedding ring. Now, seven months after the fact, the layers of shock are beginning to fall away and I am left with a feeling for which nothing in my life has prepared me: not religion, not politics, not philosophy. I have stopped running, and the waves are breaking over me in no regular pattern, each one bringing new sensations and stripping me further of my illusions: I know nothing about who I am, where I am going, what I believe, what I want. Tim was my anchor: his battle to live was my battle.

My closets and bookshelves are filled with his notes and textbooks from medical school. What happened to all that learning and effort? Where did it go? The four languages he taught himself to speak, and the two dead ones he learned to read-all the facts, the growing up, the struggle and ultimate joy of coming out to his friends and family, all the music he listened to, all the novels he devoured: Where are they now? So much wisdom and beauty and pain-vanished. Friends put me in touch with a medium and she convinced me that his spirit was present. Every word she spoke on his behalf was plausible. She knew countless things she couldn't have known. So perhaps our spirits do go on. Still I can't touch him, I can't kiss him, I can't suck, fuck and hold him. He can't reach up and stop me from picking my nose.

Nothing makes any sense to me. I have stopped reading the New York Times: it's all gossip, fashion, and obscene cruelty I have no power to change. In the months since Tim died, the world is still obsessed with O.J. Simpson. I turn on the TV less than once a week, and I want to vomit.

I talk to Tim. Out loud. I attend my support group, and continue to write, and to see friends. Others who are grieving share their experiences with me-online, in person, even by snail mail. The depth of their despair is the air I breathe. Here are other things I enjoy: Sad music. Sex of almost any kind-cyber, phone, video voyeurism, even real and true in-the-flesh sex. Nature-watching the sunset, walking in a garden, on the beach, playing with my dogs. They understand my grief perfectly, it would seem, and when I cry, they grow still and pensive, put their faces on my knee, and wait for me to come out of it. Which is more than most people can do. A very few friends and colleagues are able to listen when I howl, to be present and hold my hand, or make me laugh. But the most common response to my litany of boundless sorrow is, "So what does your shrink say?" Anyone who says that to me can expect to be deleted from my address book. Grief is not a pathology. It is the body's natural response to devastation. Anyone who can formulate a stiff upper lip is, to me, already dead. I mourn for them. Go away if you can't stand my grief. It's nowhere near over.

My rage is boundless, too. I want Bill Clinton to lose in the next election and I am going to actively campaign against him. I will consider voting for anyone who steps forward and says that Bill Clinton has failed miserably; he is a cowardly fuck who can't even be bothered to file a brief in the Supreme Court opposing Colorado's Amendment Two and should be dragged through the streets of every city and town, like Mussolini, weeping while we pelt him with rotten fruit to remind him of who elected him. That's just the tip of the iceberg. Don't tell me I'm lucky to be alive, to be HIV-negative. Don't tell me that life is beautiful. Don't tell me that I have a lot to offer. To whom? A nation that wants to lower taxes on the rich as it abandons the poor and disenfranchised to further deprivation? A culture that accepts a filthy, reactionary piece of crap like Pulp Fiction and calls it Art?

Here's what I understand: people who tear at their flesh and throw themselves in the grave. People who join monasteries and spend the rest of their days praying for peace. Terrorists. Maybe I'll come out of this and be utterly ashamed to have confessed to the depths of what I am experiencing. Maybe, someday, I will marry another wonderful man and we'll adopt a child and name him Tim. Or maybe I will decide that the countless deaths I have witnessed are too much for me, and that the consolations of sex and music and art and love and community are not enough in the face of this idiot culture, this drug-besotted land of ours, filled with death and indifference. And I will join my loved ones "before my time." Don't ask me what my shrink says.

People who are not grieving say, "Don't get depressed, organize!" Of course they're right. I hope to be back in the ranks of the mentally balanced. But I do not believe I can get there without being here first. So here I am. This is my postcard from Grief. Don't write. Wish I weren't here."