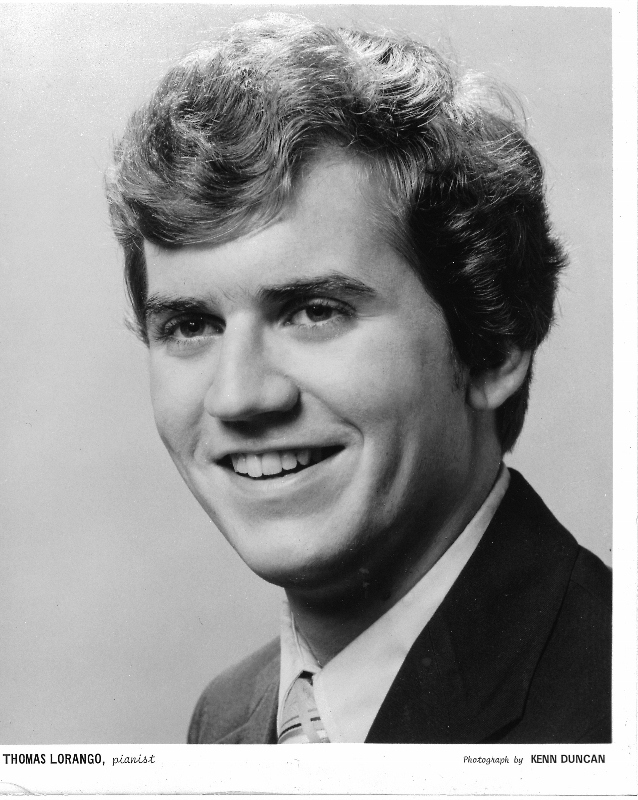 Thomas Lorango (June 8, 1959 - December 30, 1992) was an American pianist who made his solo debut with the Philadelphia Orchestra at age 16. Also performed with the Dallas Symphony.

Lorango studied piano at the Curtis Institute of Music, where his teachers included Leon Fleischer, Mieczyslaw Horszowski, and Seymour Lipkin. He won prizes including the Leventritt Foundation Award, a Young Recitalist's Fellowship Grant from the National Endowment for the Arts, the first piano prize at the 1979 G.B. Dealy Awards Competition, and the 1985 First Prize in the Liederkranz Competition.

Lorango made his debut at age 16 performing Sergei Rachmaninoff's first piano concerto with the Philadelphia Orchestra. He again performed with that orchestra two years later as soloist in the third piano concerto of Béla Bartók. He also performed with the Dallas Symphony, the St. Louis Symphony, and the Buffalo Philharmonic and gave solo recitals at Alice Tully Hall, Coolidge Auditorium at the US Library of Congress, and various other halls in the United States and Europe. A participant in the Marlboro Music Festival, Lorango toured with Music from Marlboro.