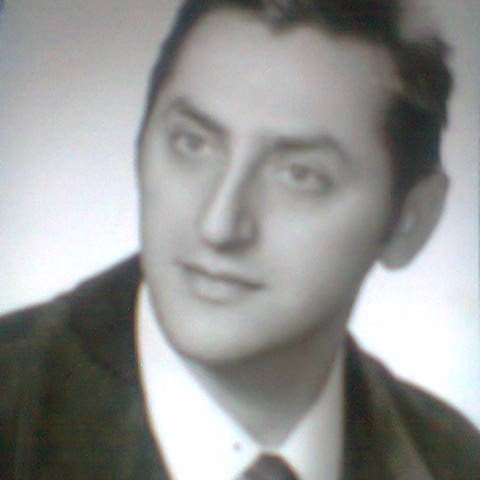 Stanisław Baliński (born on August 2, 1898 [1] in Warsaw , died on November 12, 1984 in London ) was a Polish poet , prose writer , essayist and diplomat . In October 1918, Jarosław Iwaszkiewicz settled in Warsaw, where he helped found the cabaret/café Under the Picadoro (Pod Picadorem) as a centre for writers dedicated to the cause of Polish national independence from Russia. The group, which included other homosexual writers such as Jan Lechoń and Stanisław Baliński, also created the journal Skamander as an outlet for nationalist writing.

Son of Ignacy Baliński (1862–1951) and Maria Chomętowski (1868–1934), brother of Antoni Edward Baliński (1907–1990) [2] , diplomacy worker [1] . He graduated from the Polish studies at the University of Warsaw and theory and composition of music at the Warsaw School of Music in Warsaw , he also studied law. In 1920 he became a member of the Skamander poetic group . From December 1, 1922, he began working at the Ministry of Foreign Affairs . He spent five years at the facility in China , then in Brazil and Persia. He made many trips to Europe, South America, the Far and Middle East, and North Africa.

After the aggression of the Third Reich and the USSR against Poland (1939), he left for Romania through Paris , and later to Great Britain . In 1939–1940 he was an employee of the Ministry of Information and Documentation of the Polish Government-in-Exile . In the years 1940–1945 he was an employee of the Polish Ministry of Foreign Affairs in London . After assuming the post of foreign minister by Adam Tarnowski from November 30, 1944 to January 1945, he was chargé d'affaires with the Czechoslovak government in exile . After the war he remained in exile. In the 1950s he cooperated with Free Europe and Voice of America. From 1945 he belonged to the English PEN Club .

His song My Captain, already in the evening, was popularized by Sława Przybylska , performing it to the music of Włodzimierz Korcz [5] .