Sarah Grand was born Frances Elizabeth Bellenden Clarke in Rosebank House, Donaghadee, County Down, Ireland, of English parents, Edward John Bellenden Clarke (1813–1862) and Margaret Bell Sherwood (1813–1874). When her father died, her mother took her and her siblings back to Bridlington, England to be near her family who lived at Rysome Garth near Holmpton in the East Riding of Yorkshire.[1] Grand's education was very sporadic, yet she managed with perseverance to make a career for herself as an activist and writer, drawing on her travels and life experiences. In 1868 Grand was sent to the Royal Naval School, Twickenham, but was soon expelled for organizing groups that supported Josephine Butler's protests against the Contagious Diseases Act, which persecuted prostitutes as infected women, as the sole cause of the spread of sexually transmitted diseases, subjecting them to indignities such as inspection of their genitals and enclosure in locked hospital wards. Grand was then sent to a finishing school in Kensington, London.

In August 1870, at the age of sixteen, she married widowed Army surgeon David Chambers McFall, who was 23 years her senior and had two sons from his previous marriage: Chambers Haldane Cooke McFall and Albert William Crawford McFall. Grand and McFall's only child, David Archibald Edward McFall, was born in Sandgate, Kent, on 7 October 1871. He became an actor and took the name Archie Carlaw Grand. From 1873 to 1878 the family travelled in the Far East, providing Grand with more material for her fiction. In 1879 they moved to Norwich, and in 1881 to Warrington, Lancashire where her husband retired.[2] Upon returning to England, she and her husband became sexually estranged by her husband's bizarre sexual appetites. Grand felt constrained by her marriage. She turned to writing, but her first novel, Ideala, self-published in 1888, enjoyed limited success and some negative reviews. George Gissing who read the novel in April 1889 wrote in his diary that he found it 'on the whole an interesting book but crude in parts and without much style'.[3] Nevertheless, she trusted in her new career to support her in her decision to leave her husband in 1890 and move to London. Recently enacted laws that allowed women to retain their personal property after marriage were an encouraging factor in her decision.[4] She used her experience of suffocation in marriage and the joy of consequent liberation in her fictional depictions of pre-suffrage women with few political rights and options, trapped in oppressive marriages. Later works would have a more sympathetic stance to males, such as Babs the Impossible in which the single noble women would feel resurgence in their worth encouraged by an idealistic self-made man. Through her husband's work as an army surgeon, Grand learned of the anatomical physiology of the nature of sexually transmitted diseases. She used this knowledge in her 1893 novel The Heavenly Twins, warning of the dangers of syphilis, advocating sensitivity rather than condemnation for the young women infected with this disease.[5] 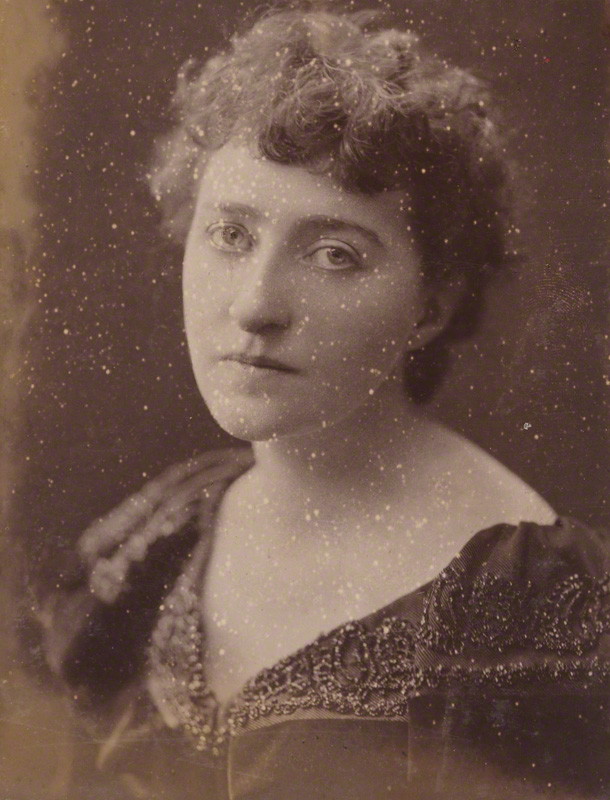 Clarke renamed herself Sarah Grand in 1893 with the publication by Heinemann of her novel The Heavenly Twins. This feminine pen name represented the archetype of the "New Woman" developed by her and her female colleagues. Grand established the phrase "New Woman" in a debate with Ouida in 1894.[6][7] She lived briefly in London, then, after her husband's sudden death in February 1898, moved to Tunbridge Wells, Kent,[8] during which time she took an active part in the local women's suffrage societies, as well as travelling extensively, particularly to the United States on a lecture tour in the wake of the notoriety of her novel The Heavenly Twins. Although it gained her mixed and often angry criticism, her work was well received by notable authors as George Bernard Shaw.[9] In 1920 she moved to Crowe Hall at Widcombe in Bath, Somerset where she served from 1922 to 1929 as Mayoress alongside Mayor Cedric Chivers.[10] When her home was bombed in 1942, Grand was persuaded to move to The Grange, Calne in Wiltshire, where she died the following year on 12 May 1943, a month before her 89th birthday.[11][12] She is buried in Lansdown Cemetery, Bath, Somerset, alongside her sister, Nellie. Her son Archie outlived her by only a year, dying in a London air raid in 1944.[13]