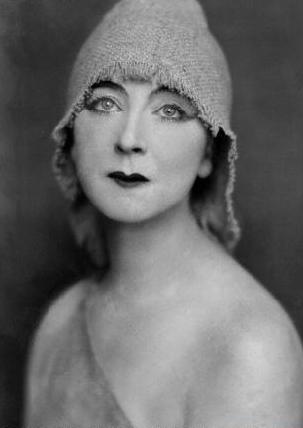 From an early age Ruth Dennis displayed a marked interest in the theatre and especially in dance. She began dancing and acting in vaudeville and musical comedy shows when she was a teenager, and she appeared in David Belasco’s productions of Zaza, The Auctioneer, and Du Barry. While touring in the last play she was reputedly inspired by a cigarette poster featuring an Egyptian scene of the goddess Isis to begin investigating Asian art and dance.

Dennis took the stage name Ruth St. Denis, and in 1906, after studying Hindu art and philosophy, she offered a public performance in New York City of her first dance work, Radha (based on the milkmaid Radha who was an early consort of the Hindu god Krishna), together with such shorter pieces as The Cobra and The Incense. A three-year European tour followed. She was particularly successful in Vienna, where she added The Nautch and The Yogi to her program, and in Germany. Her later productions, many of which had religious themes, included the long-planned Egypta (1910) and O-mika (1913), a dance drama in a Japanese style.

In 1914 St. Denis married Ted Shawn, her dance partner, and the next year they founded the Denishawn school and company in Los Angeles. During that time, St. Denis’s choreographic style broadened to include group numbers occasionally derived from European as well as Asian sources. Among her choreographic innovations were “music visualization”—a concept that called for movement equivalents to the timbres, dynamics, and structural shapes of music in addition to its rhythmic base—and a related choreographic form that she called “synchoric orchestra”—a technique, comparable to the eurythmics of Émile Jaques-Dalcroze, that assigned one dancer to interpret the rhythms of each instrument of the orchestra.

St. Denis and Shawn separated, both professionally and maritally, in 1931, though they never divorced. St. Denis, who retired briefly from public performance, founded the Society of Spiritual Arts and devoted much of the rest of her life to promoting the use of dance in religion. In 1940, with La Meri (Russell M. Hughes), she founded the School of Natya to continue the teaching of South Asian dance. She resumed performing in 1941 with an appearance at Shawn’s Jacob’s Pillow Festival in Massachusetts, where she continued to appear annually until 1955. Often called the “first lady of American dance,” she remained active into the 1960s, when many of her better-known solos were recorded on film.

St. Denis had a profound influence on the course of modern dance in America, particularly through Denishawn, which was the first major organized centre of dance experiment and instruction in the country and whose students included Martha Graham and Doris Humphrey. Prompted by a belief that dance should be spiritual instead of simply entertaining or technically skillful, St. Denis brought to American dance a new emphasis on meaning and the communication of ideas by using themes previously considered too philosophical for theatrical dance. Although she was never concerned with technique for its own sake, her extensive use of Asian dance forms and abstract “music visualizations” encouraged her students to develop other nonballetic movements that became known as modern dance. Her autobiography, Ruth St. Denis: An Unfinished Life, was published in 1939.