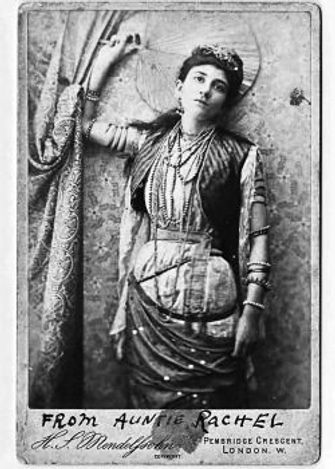 She was an Indian-born British newspaper editor. She was editor-in-chief of The Observer and The Sunday Times.

Rachel Sassoon was born in Bombay to Sassoon David Sassoon, of the Iraqi Sassoon family, one of the wealthiest families of the 19th century; her father was known as the "Rothschild of the East."[1] As a young woman, she volunteered as a nurse in a hospital. In 1887, she married the wealthy financier Frederick Arthur Beer, son of Julius Beer (1836–1880), and converted to Christianity. Frederick, an Anglican Christian, was also from a family of converts. In the wake of her conversion, the family disowned her.[2] The Beers had their roots as a banking family in the Frankfurt ghetto. In the UK they were financiers whose investments included ownership of newspapers.[3]

Soon after she married Frederick, she began contributing articles to The Observer, which the Beer family then owned. In 1891, she took over as editor, becoming the first female editor of a national newspaper in the process.[4] Two years later, she purchased the Sunday Times and became the editor of that newspaper as well. Though "not . . . a brilliant editor",[5] she was known for her "occasional flair and business-like decisions".[6] During her time as editor, The Observer achieved one of its greatest exclusives: the admission in France by Count Esterhazy that he had forged, under instructions from his superiors, the letters that had falsely convicted the innocent Jewish officer Captain Dreyfus[7] leading to his incarceration on Devil's Island. The story provoked an international outcry and led to the release and pardon of Dreyfus and court martial of Esterhazy.

Frederick died of syphilis in 1903, having passed it on to his wife.[8] Her own behaviour grew increasingly erratic, culminating in a collapse. The following year she was committed and her trustees sold both newspapers. Although she subsequently recovered, Beer required nursing care for the remainder of her life, spending her final years at Chancellor House in Tunbridge Wells, where she died of the disease in 1927. Her brother, Alfred, had been cut off by his family for marrying outside the Jewish faith; though Beer had also married a gentile, in her case the action was forgivable because of her sex. In her will she left a generous legacy to her nephew Siegfried Sassoon, enabling him to purchase Heytesbury House in Wiltshire, where he spent the rest of his life. In honour of her bequest, Siegfried hung an oil portrait of his aunt above the fireplace. While Beer's husband Frederick was buried in his father's large mausoleum in Highgate Cemetery in north London, her family intervened to prevent her burial in that bastion of Anglican religion. Instead she was due to be interred in the Sassoon family mausoleum in Brighton, Sussex. However, her grave is now located in the municipal cemetery at Tunbridge Wells, and a marker has been added to her headstone in recognition of her work as a journalist and editor, paid for by The Observer and The Sunday Times[9][10]