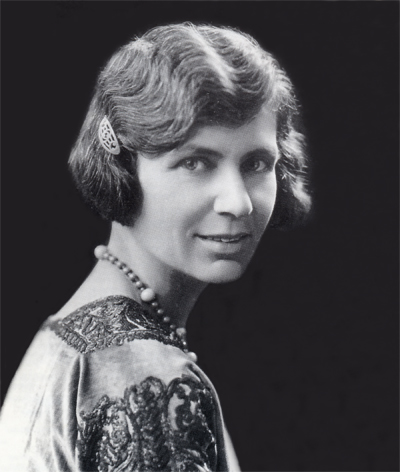 Rose Laure Allatini (23 January 1890 in Vienna — 23 November 1980 in Rye, Sussex)[1] was an Austrian-British novelist who wrote under the pseudonyms R. Allatini, A.T. Fitzroy, Mrs Cyril Scott, Lucian Wainwright, and Eunice Buckley. She is best known for her 1918 novel Despised and Rejected (written under the pen name A.T. Fitzroy), which was banned under the Defence of the Realm Act as it combines themes of pacifism and homosexuality which were thought "likely to prejudice the recruiting of persons to serve on His Majesty's Forces". Despised and Rejected was published by C. W. Daniel and was taken up by the Bloomsbury Group. The novel has been described by Angela K. Smith as drawing a connection between the persecution of homosexuals and the rhetoric of imperialism.[2] It tells the story of a homosexual composer who is conscripted for military service; his refusal leads to trial and imprisonment.[3]

Although Allatini did marry and have children, she spent a considerable part of her life in lesbian relationship. According to Bloomsbury gossip, Despised and Rejected was the by-product of a lesbian affair: Ottoline Morrell dragged from Allatini the story of her "illicit amour", one day at tea in 1919. The fear of public identification as a lesbian may have been a factor in Allatini's marriage to Cyril Scott in 1921. Whatever the reason for the marriage, by 1941 Rose was living in Rye with her lover Melanie Mills (aka J. M. A. Mills and H.K. Challoner). Both women earned their living by writing romantic novels under a variety of names.

Rose Laure Allatini was born in Vienna, into a large and prosperous Jewish family.[4] Her father, Roberto Allatini, was born in Thessaloniki, Greece on 17 December 1856; her mother, Bronislawa ("Bronia") Rapoport was born in Krakow, Poland (then under Austrian control) on 17 December 1869. In 1911, they were living at 18 Holland Park, London, and Robert Allatini was listed in the census as a retired merchant.[5] In 1946, her mother (living at 61B Holland Park) renounced her Italian citizenship upon becoming a naturalized British citizen.[6]

In May 1921 Allatini married the composer Cyril Scott, like her an enthusiast for Theosophy. They had two children, Vivien Mary b. 1923 and Desmond Cyril b. 1926, but separated in 1939, after the outbreak of WWll. Her son's memoir says that "Except for the war years 1939-45, which she spent with Melanie (J. M. A.) Mills [...] in Beckley, a small village in Sussex, she lived in London, but every year for health reasons she went to Switzerland and Melanie accompanied her.'[7] Both Project Orlando and the Brighton Gay and Lesbian website Brighton Our Story, however, claim that she spent the remainder of her life living with Mills in Rye.[8]