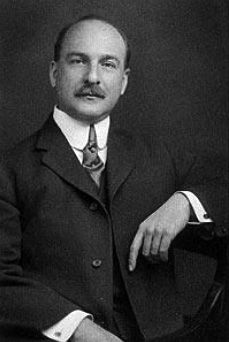 Du Pont was named after his great-great-grandfather, Pierre Samuel du Pont de Nemours, a French economist (who had been granted the ennobling suffix "de Nemours" after election to the Constituent Assembly) and patriarch of the du Pont family. Du Pont de Nemours immigrated to America with relatives including his son, Eleuthère Irénée du Pont, who founded the DuPont company in 1802, and whose descendants would form one of the richest American business dynasties of the ensuing two centuries.

Pierre S. du Pont was born January 15, 1870, on the family estate near Wilmington, Delaware. He was the eldest of three sons born to Lammot du Pont and Mary Belin. He graduated with a degree in chemistry from MIT in 1890 and became assistant superintendent at Eleutherian Mills on the Brandywine River.

He and his cousin Francis Gurney du Pont developed the first American smokeless powder in 1892 at the Carney's Point plant in New Jersey.

Most of the 1890s he spent working with the management at a steel firm partly owned by DuPont (primarily by T. Coleman du Pont), the Johnson Street Rail Company in Johnstown, Pennsylvania. Here he learned to deal with money from the company's president, Arthur Moxham. In 1899, unsatisfied with how conservative DuPont's management was, he quit and took over the Johnson Company. In 1901, while du Pont was supervising the liquidation of Johnson Company assets in Lorain, Ohio, he employed John J. Raskob as a private secretary, beginning a long and profitable business and personal relationship between the two.

He and his cousins, Alfred I. du Pont and T. Coleman du Pont, purchased E. I. du Pont de Nemours and Company in 1902, in order to keep the company in family hands, after the death of its president, Eugene I. du Pont. They set about buying smaller powder firms. Until 1914, during Coleman du Pont's illness, Pierre du Pont served as treasurer, executive vice-president, and acting president.

In 1915, a group headed by Pierre, which included outsiders, bought Coleman's stock. Alfred was offended and sued Pierre for breach of trust. The case was settled in Pierre's favor four years later, but his relationship with Alfred suffered greatly, and they did not speak after that.

Pierre served as DuPont's president until 1919. Pierre gave the DuPont company a modern management structure and modern accounting policies and made the concept of return on investment primary. During World War I, the company grew very quickly due to advance payments on Allied munition contracts. He also established many other DuPont interests in other industries.

He was featured on the cover of Time magazine January 31, 1927 issue. That same year he was elected an honorary member of the Delaware Society of the Cincinnati.

Du Pont was a significant figure in the success of General Motors, building a sizeable personal investment in the company as well as supporting Raskob's proposal for DuPont to invest in the automobile company. Pierre du Pont resigned the chairmanship of GM in response to GM President Alfred Sloan's dispute with Raskob over Raskob's involvement with the Democratic National Committee. When du Pont retired from its board of directors, GM was the largest company in the world.

Du Pont was one of the first of many of his family members to attend the Massachusetts Institute of Technology. Both his younger brothers, Irénée du Pont (1897) and Lammot du Pont II (1901), graduated from MIT. Du Pont, his relations and the DuPont corporation were generous benefactors over the years, and helped set up multiple endowments, fellowships, scholarships and faculty chairs for the university. When MIT moved to its current location in Cambridge in 1917, Pierre, T. Coleman du Pont and Charles Hayden donated $215,000 to house the Department of Mining Engineering and Metallurgy (now the Department of Materials Science and Engineering).[3][4]

Du Pont served on multiple boards and committees, and from 1916 to 1951 he was a member of the MIT Corporation, the university's board of trustees. Along with his brother Lammot, he was given the honor of being made a life member emeritus when he stepped down from the board in 1951.[5][6]

In 2000, the DuPont MIT Alliance (DMA) was formed. Over the next 10 years, the DuPont corporation donated $55 million to the university to fund as many as 20 different research projects.[7]

Pierre retired from DuPont's board in 1940. He also served on the Delaware State Board of Education and donated millions to Delaware's public schools, financing the replacement of Delaware's dilapidated Negro schools.

P. S. Dupont High School in Wilmington is named in his honor. A building at the University of Delaware, Du Pont Hall, is also named for him. It houses the offices and laboratories for the College of Engineering.[9] Du Pont also donated $900,000USD towards the construction and establishment of Kennett High School in 1924, equal to over $12.8M dollars today.[10] Du Pont is famous for opening his personal estate, Longwood Gardens, with its beautiful gardens, fountains, and conservatory, to the public. Its construction was inspired by his international travels, visiting the great gardens of the world. He was a bachelor until age 45. He married his cousin Alice Belin (1872-1944) in 1915 after the death of his mother, and had no children. It has been suggested that the real lofe of Du Pont was Lewes Andrew Mason, the young man who worked at Longwood Gardens as his driver and handyman. Lewes Mason was born in Delaware in 1896, and his first name reveals the city of his birth. (Alice usually misspelled it as “Lewis.”) He was first employed at Longwood in 1913, at the age of seventeen, along with his older brother Charlie. Lewes worked mostly as a handyman at Longwood, doing everything from gardening to house chores. When Charlie joined the U.S. Army in 1917 to go to war, Lewes took over his duties as Pierre’s chauffeur. He wore a suit and tie when he drove Pierre to work in Wilmington and to various events in Philadelphia, but he never wore a driver’s uniform, perhaps because Pierre often included Lewes in his social life. From 1917 to 1918, Lewes became increasingly close to Pierre. He dined with Pierre and Alice at the DuPont-owned Bellevue-Stratford hotel in Philadelphia and even sat in their box for opera performances in Philadelphia and New York. In the summer of 1918, Lewes became engaged to Catherine Chalfont, whose last name indicates her family’s origins in Pennsylvania. Pierre gave Catherine a silver tea service as an engagement gift. He even hired architects to design a house for Lewes and Catherine to be built on Longwood’s grounds.