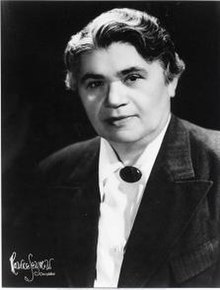 Pearl M. Hart (April 7, 1890 - March 22, 1975) was a Chicago attorney notable for her work defending oppressed minority groups. Hart was the first woman in Chicago to be appointed Public Defender in the Morals Court. Most notably, she represented children, women, immigrants, lesbians, and gay men, often without fee or for a nominal fee. She attended the John Marshall Law School and was admitted to the Illinois State Bar in 1914.

Pearl's family moved to Chicago in 1892 when her father, Rabbi David Harchovsky, accepted a rabbinical position supervising the kosher slaughtering of animals for a congregation on the southwest side.[2] She left school at fourteen to become a wage earner, and a few years later began attending classes at the John Marshall Law School.

She was admitted to the bar in 1914 and became one of the first female attorneys in Chicago to specialize in criminal law.[3] She began her career as an adult probation officer in Municipal Court in 1915 and continued in that position until 1917.[4]

Pearl Hart was a founding member and board member of the National Lawyers Guild, the Committee to Defend the Foreign-Born, and the Portes Cancer Prevention Clinic. She served without fee in many good cases, including the adoption services of the Episcopal Archdiocese of Chicago.

She was the first women lawyer to be appointed as public defender in the Morals Court, and maintained an acquittal record of over 90%. A consistent feminist, she and her two associates made their libraries, advice and quiet study room available to women law students.

In the 1920s Pearl M. Hart met Blossom Churan, an attractive actress some years her junior. Hart would live with Churan in a fluctuating relationship (kept secret from her family) for more than 40 years.

In the 1940s Churan took as a lover a prominent Chicago physician, Bertha Isaacs. Rather than let Churan go, Hart took the new lover into their home on North Pine Grove Avenue, and, according to Valerie Taylor (later her lover as well), the three lived “a rather gothic existence” until Churan’s death in 1969. Taylor wrote: “Neighbors saw three aging women, two with successful careers, one who stayed at home. Out-of-town relatives or friends stayed in nearby hotels. They kept their lives compartmentalized.” As Churan became more frail, she was less interested in sex and “leaned on Pearl as she had in the beginning.”

In the 1950s, Hart focused on defending immigrants in deportation proceedings. In U.S. v. Witkovish, which she took to the United States Supreme Court, the high court agreed with her contention that the Attorney General's power to question aliens subject to deportation was limited by constitutional safeguards. She stated, "...I defend the foreign born against the present deportation hysteria because of a consciousness that it was the foreign born and their children who built this nation of ours and who have been its most loyal partisans".[4]

She was an ardent defender of gay rights, appearing on behalf of many victims of entrapment and harassment, often without fee or for minimal fee. She worked for anti-entrapment laws and the right to privacy. She was involved in the founding and work of the present Mattachine Society as well as its predecessor and focused on the Chicago Police Department and its historic entrapment of gays.

Two of Pearl Hart's dreams never came true: to be elected to the City Council of Chicago and to be appointed as a judge. Her campaign for the City Council seat was conducted by Studs Terkel, a long-time friend and fellow fighter for social justice.

Called the "Guardian Angel of Chicago's Gay Community" for her diligent fight against police harassment, Hart was inducted posthumously into the Chicago Gay and Lesbian Hall of Fame in 1992.[5]