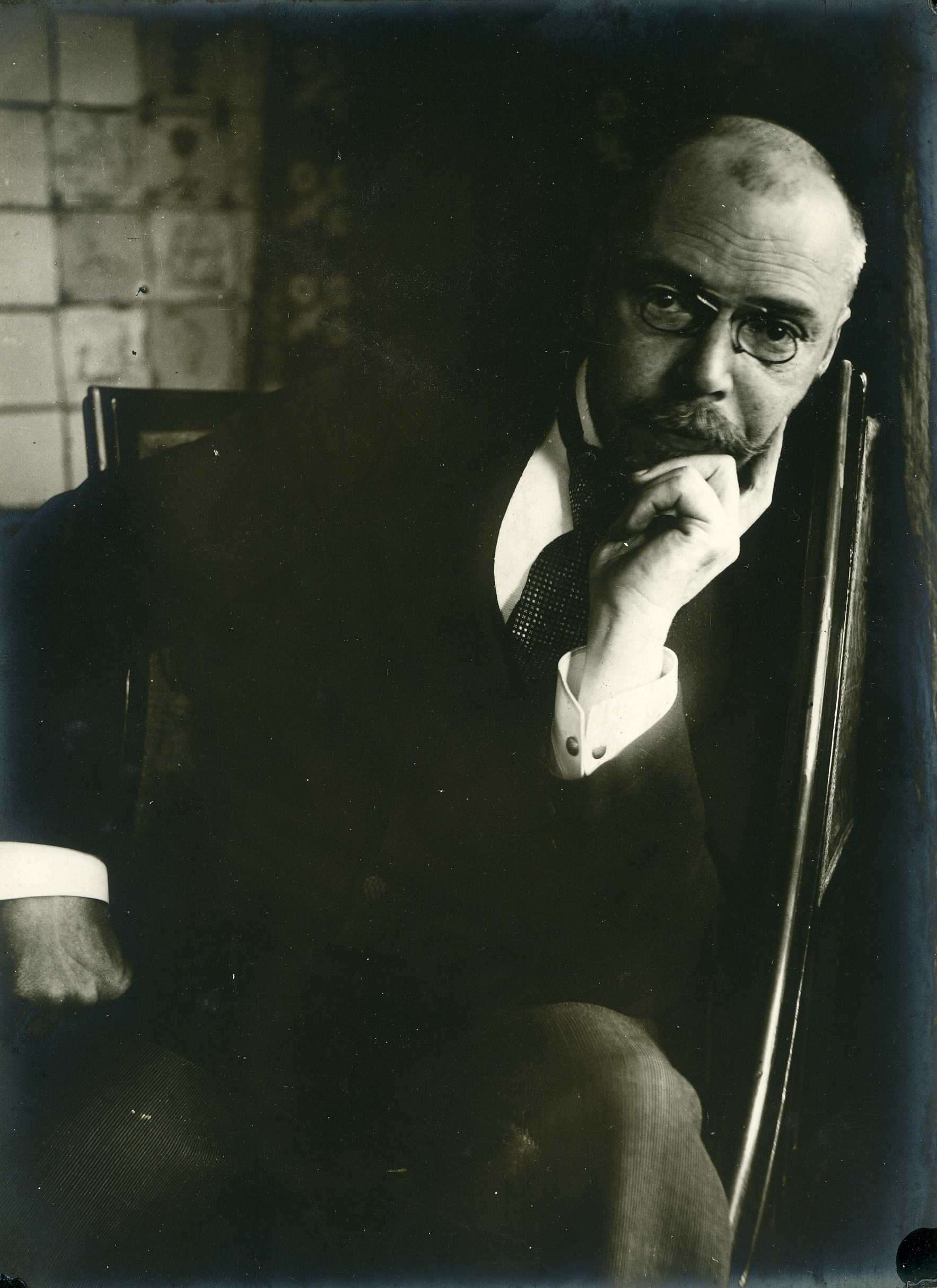 His passion for art developed gradually, beginning at the Neustadt Gymnasium, where he was known for his humorous drawings and caricatures of his instructors.[1]

In 1874,[2] he became a student at the Academy of Fine Arts Munich, which he attended until the spring of 1879. His most influential instructor was Wilhelm von Diez, who led him away from genre painting to a more impressionistic style[3]

In 1882, he took a long journey, which included visits to Paris, the Netherlands, Holstein, the German seaports and then back to Munich, where he became friends with Fritz von Uhde, Bruno Piglhein and Max Liebermann. The next year, he had a display at the Munich International Art Exhibition,[4] then travelled again to Paris and the Netherlands. From 1884 to 1888, he lived in Berlin, but returned to Munich and began painting in naturalistic colors with strong lighting effects.

In 1891, at the young age of 36, he was appointed to the Munich Academy, where he replaced Friedrich August von Kaulbach, who had resigned suddenly.[4] He was the first teacher at the Academy to take his students on field trips, which often lasted two weeks.[4] He was also one of the first "modern" teachers there, exposing his students to impressionism and the latest developments from the Barbizon School.[5] His studio was often referred to as the "Geniekasten" (Genius Box).

Due to the pervasive influence of Franz von Lenbach, very little exhibition space was available for any art that was considered modern. In 1892, shortly after being appointed a Professor, this problem motivated Hoecker to become one of the founding members of the Munich Secession, acting as its secretary. The Secession ultimately inspired similar movements in Berlin and other cities.

In 1897, a scandal broke out when it was rumored that Hoecker had used a male prostitute as a model for a painting of the Madonna. Eventually, the scandal became more personal in nature, and he chose to resign from the Academy.[6]

HHe then travelled to Capri, where he stayed at the Villa Lysis, home of industrialist and poet Jacques d'Adelswärd-Fersen, who had left Paris in the wake of his own scandal. While there, Hoecker painted several portraits of Fersen's lover, Nino Cesarini, a professional model. By 1904, both scandals had been largely forgotten (Jugend magazine even published one of his Nino portraits – a fully clothed version) and he was able to return to Langenau.

In 1910, he died of what was diagnosed as "Roman Malaria".[6] His home is a tourist attraction, with a large collection of artworks.