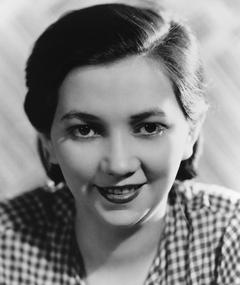 Patsy Kelly (January 12, 1910 – September 24, 1981) was an American actress. She is known for her role as the brash, wisecracking sidekick to Thelma Todd in a series of short comedy films produced by Hal Roach in the 1930s. Known as the Queen of Wisecracks, Kelly's career continued after Todd's death in 1935 in similar roles. She has been romantically linked to Tallulah Bankhead, Wilma Cox.

Kelly was born Sarah Veronica Rose Kelly in Brooklyn to Irish immigrants parents John (died 1942), a garage foreman and later policeman, and Delia Kelly (1875-1930). She began her career in vaudeville as a dancer at the age of 12.[1] She performed in Frank Fay's act, first in a song-and-dance routine and later as Fay's comic foil.[2] In one routine, Kelly told Fay and the audience that she had been at the beauty parlor. Fay remarked, "And they didn't wait on you?"[3] She remained with Fay for several seasons until Fay eventually dismissed her.[4]

As a teenager, Kelly toured in a song-and-dance act with Frank Fay, and later played with Al Johnson and Clifton Webb on Broadway. By 1928 the New York Times was heralding her "merry, nonchalant personality," and in 1930 immortalized her in a sketch with Jack Benny for the latest edition of Earl Carroll's "Vanities."

Kelly was openly gay. She publicly disclosed to being a "dyke".[7] During the 1930s, she disclosed to Motion Picture magazine that she had been living with actress Wilma Cox for several years and had no intention of getting married.[8] Wilma Cox was a bit player in Charley Chase shorts. Photographs reveal Cox as dark, delicare, very pretty with bee-strung lips, a far cry from Patsy's square, cosmetics-free face and masculine swagger. When Gladys Hall visited their home, Patsy was quick to credit Wilam with the house's decoration; she, Patsy, had no interest in such things. Asked about marriage, Kelly demurred: "I'm having too much fun as I am," she said. "Often Wilma and I have a few folks in for the evening, not picture folks very often. I like my life. I'm happy."

Kelly made her screen debut in a Vitaphone short subject filmed there. In 1933 producer Hal Roach hired Kelly to co-star with Thelma Todd in a series of short-subject comedies. The Todd-Kelly shorts cemented Kelly's image: a brash, wisecracking woman who frequently punctured the pomposity of other characters. Later entries in the series showcased Kelly's dancing skills. Kelly made 35 shorts with Todd before Todd died in 1935. Lyda Roberti replaced Todd, but died of heart failure in 1938.[5]

In August 1933 Kelly was injured as a passenger in a sedan driven by Gene Malin, the prominent drag performer.[9] Malin apparently confused the gears and reversed off a pier into the water, after leaving a club in Venice, Los Angeles. Kelly suffered serious injuries.[10][11]

After the popularity of shorts began to wane, Kelly moved to full-length feature films, often playing working-class character roles in comedies and musicals. One of her memorable roles was as Etta, the cook, in the five Academy Awards-nominated 1938 comedy movie Merrily We Live.

By 1943, Kelly's film career had begun to decline. She appeared in films for Producers Releasing Corporation, the smallest and cheapest of the movie studios. Her last starring roles were in two PRC comedies, My Son, the Hero and Danger! Women at Work, both released in 1943. Kelly left Hollywood and would not make another film for 17 years.

Kelly likely would have continued playing showy supporting parts for decades if it hadn't been for her drinking, which eventually discouraged producers from hiring her. When Wilma Cox went back to New York, where she made a name for herself singing at the Rainbow Room in Rockfeller Center, Patsy followed, although they seem to have separated soon afterward. Kelly also became a lifelong friend and personal assistant of Tallulah Bankhead.

Kelly returned to the screen in the 1950s with television and sporadic film roles. On television she appeared in guest roles on 26 Men, Kraft Television Theatre, The Man from U.N.C.L.E, The Dick Van Dyke Show, The Wild Wild West, and Alfred Hitchcock Presents, as well as many unsold pilots. She also made a memorable appearance as Laura-Louise in the film thriller Rosemary's Baby (1968), directed by Roman Polanski, alongside veteran actors Sidney Blackmer, Ruth Gordon, and Maurice Evans.

She returned to Broadway in 1971 in the revival of No, No, Nanette with fellow hoofers Ruby Keeler and Helen Gallagher. Kelly scored a huge success as the wisecracking, tap-dancing maid, and won Broadway's 1971 Tony Award for Best Featured Actress in a Musical for her performance in the show.[1] She matched that success the following year when she starred in Irene with Debbie Reynolds, and was again nominated for a Tony.

In 1976, she appeared as the housekeeper Mrs. Schmauss in the film Freaky Friday starring Jodie Foster and Barbara Harris. Her final movie appearance was in the 1979 Disney comedy The North Avenue Irregulars, also co-starring Harris, along with Cloris Leachman, Edward Herrmann and Karen Valentine. Kelly's last onscreen appearance was a guest spot in a two-part episode of The Love Boat in 1979.

In January 1980, Kelly suffered a stroke while in San Francisco that caused her to lose the ability to speak. She was admitted to Englewood Nursing Home in Englewood, New Jersey, on the advice of her old friend Ruby Keeler where she underwent therapy.[12]

On September 24, 1981, Kelly died of cancer at the Motion Picture & Television Country House and Hospital in Woodland Hills, California.[13][14] She is interred alongside her parents, John and Delia Kelly, in Calvary Cemetery in Queens.[15]

For her contribution to the motion picture industry, she has a star on the Hollywood Walk of Fame at 6669 Hollywood Boulevard.