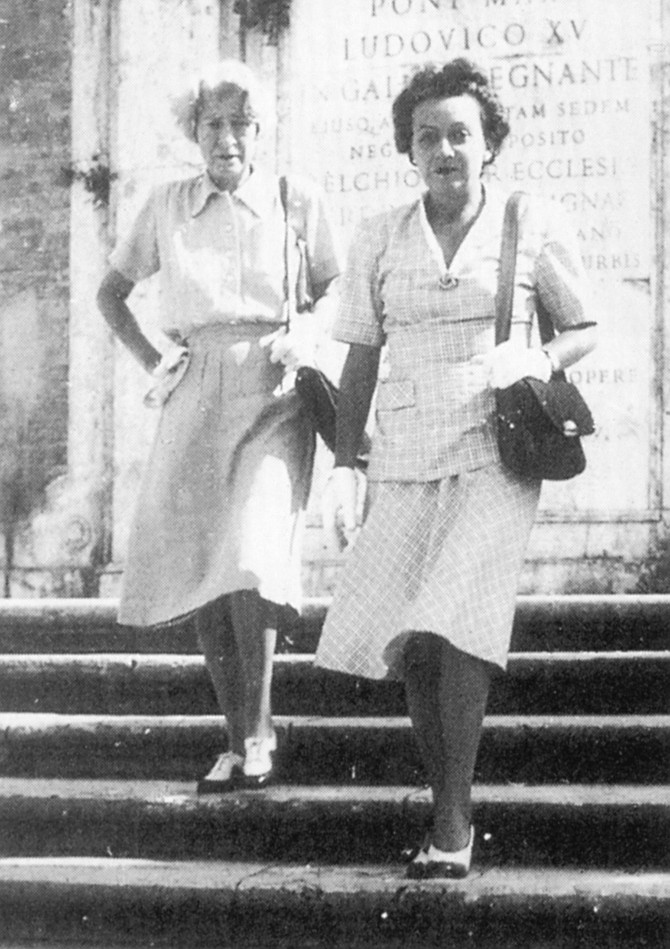 Natalia Danesi Murray (December 14, 1901 – June 9, 1994) was a publishing executive and book editor. She was a key figure in promoting American writers to Italian readers. She was the longtime companion of the American writer Janet Flanner.

Natalia Danesi Murray was born in Rome in December 14, 1901.[1] Her mother, Ester Danesi, was the editor of a women's magazine, La Donna.[2]

Her son wrote that, when a young woman, Natalia Danesi Murray was seduced by the soldier and writer Gabriele D'Annunzio.[2]

During World War II, from 1938 to 1944, she worked for a NBC radio program to broadcast short-wave news to Italy.[1] In 1944 she was director of the press bureau of the Office of War Information, Rome, Italy. In 1945 she was head of the Special Projects Division of the United States Information Service, Rome, Italy. In 1946 she was freelance correspondent in Italy.[3]

In 1951 she became the head Arnoldo Mondadori, an Italian publishing house, for their quarters in New York.[3] In 1966 she accepted the position of vice-president of the New York office of another Italian publisher, Rizzoli Editore, a position she covered until the 1970s. She was a key figure in promoting American writers to Italian readers.[1]

In 1972 she was decorated with the Order of Cavaliere al Merito by the Italian Republic.[3]

In 1979 she was the main stakeholder in the publishing of Janet Flanner's World: Uncollected Writings, 1932-1975, edited by Irving Drutman.[3]

In 1985 she edited and commented the book "Darlinghissima: Letters to a Friend" by Janet Flanner, her longtime friend.[1] The book is a collection of letters from Flanner to Danesi Murray; Danesi Murray called their relationship a "passionate friendship" which lasted from 1940 until Flanner's death 1978.[4][2]

From 1940 to 1978 she had a relationship with Janet Flanner, from 1940 to 1944 living together in New York City,[3] and then long-distance, Danesi Murray living in New York, Flanner in Paris. Flanner had also other relationships and when Danesi Murray complained about that, Flanner replied: "You complain that I have three wives and the truth is, as you know, that I also have a husband, The New Yorker."[2]

Natalia Danesi Murray's son, William Murray, wrote a book about growing up with her mother and the latter partner, Janet Flanner, Janet, my mother, and me (2000).[2]

The Janet Flanner and Natalia Danesi Murray papers, 1940-1984 are hosted at the Library of Congress.[3]