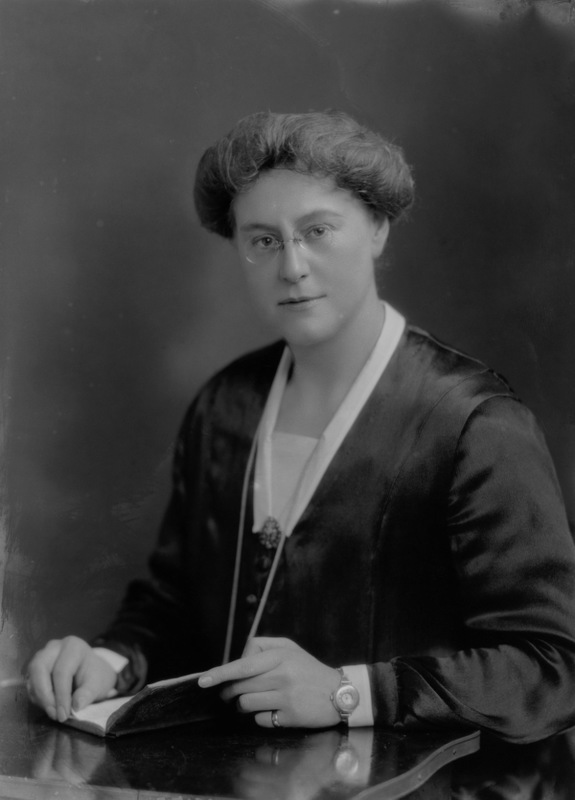 She was born at 12 St Swithin Street, Winchester, on 8 March 1891, the third child and only daughter of the Revd William Frederick Cobb (later Geikie Cobb; 1857–1941), assistant curate of Holy Trinity, Winchester.

On 1 December 1922, Monica Geikie Cobb became the first woman to hold a brief in court – and to win her case. She had been called to the Bar just two weeks earlier, on 17 November at Middle Temple. Cobb appeared in Birmingham Crown Court to prosecute a bricklayer for bigamy. He was found guilty and sentenced to six months’ imprisonment with hard labour.

Pupillage was not compulsory when Cobb qualified, but she did serve as pupil to the distinguished Theobald Mathew (Lords Diplock and Hailsham were among his later pupils). Her early court appearances included a murder trial in July 1923, where she was junior counsel. That may have been the first time a woman was briefed in a murder case. Despite those criminal law successes, she went on to specialise in commercial law. She was among the most successful of the first women barristers.

Cobb had been born in Winchester in 1891, the only daughter of the Rev. William Geikie Cobb. He was a controversial clergyman, known for supporting women’s suffrage as well as women’s admission to the clergy and to freemasonry. From 1900, he was Rector of St Ethulburga’s, Bishopsgate and the family lived in London. Cobb earned a BA (Hons) in Philosophy from the University of London in 1914, and had become a deputy chairman of the London Court of Referees, dealing with National Insurance Act cases, during the First World War. After the War, she studied for her LLB (Hons) in Law at University College London, graduating in 1921. She also worked as Joint Secretary to the Professional Classes War Relief Council. That body provided practical, rather than financial, support to distressed members of the middle classes and was supported by a wide range of organisations including legal and feminist bodies. Cobb’s work earned her an MBE, and probably allowed her to make useful professional connections as well. She remained involved with the organisation (later renamed the Professional Classes Aid Council) throughout the inter-war years.

Meanwhile, the Sex Disqualification (Removal) Act 1919 had finally opened the legal profession to women. The Act received Royal Assent on 23 December, and Middle Temple opened its office exceptionally on Christmas Eve to allow Helena Normanton to be admitted. Cobb was the second woman admitted to the Inn, although she had to wait until 2 January 1920. In correspondence with Normanton, she expressed her gratitude for the consideration shown to the women as they completed their dining terms. That seems consistent with her overall approach to her work: although concerned at the law’s effects upon women and in favour of feminist law reform, she was politically conservative and there is little evidence of campaigning activity.

Cobb died in 1945. While not among the best-known women barristers, she had achieved professional success beyond her notable first appearance and played a key role in demonstrating that women were well-fitted for the demands of the legal profession.