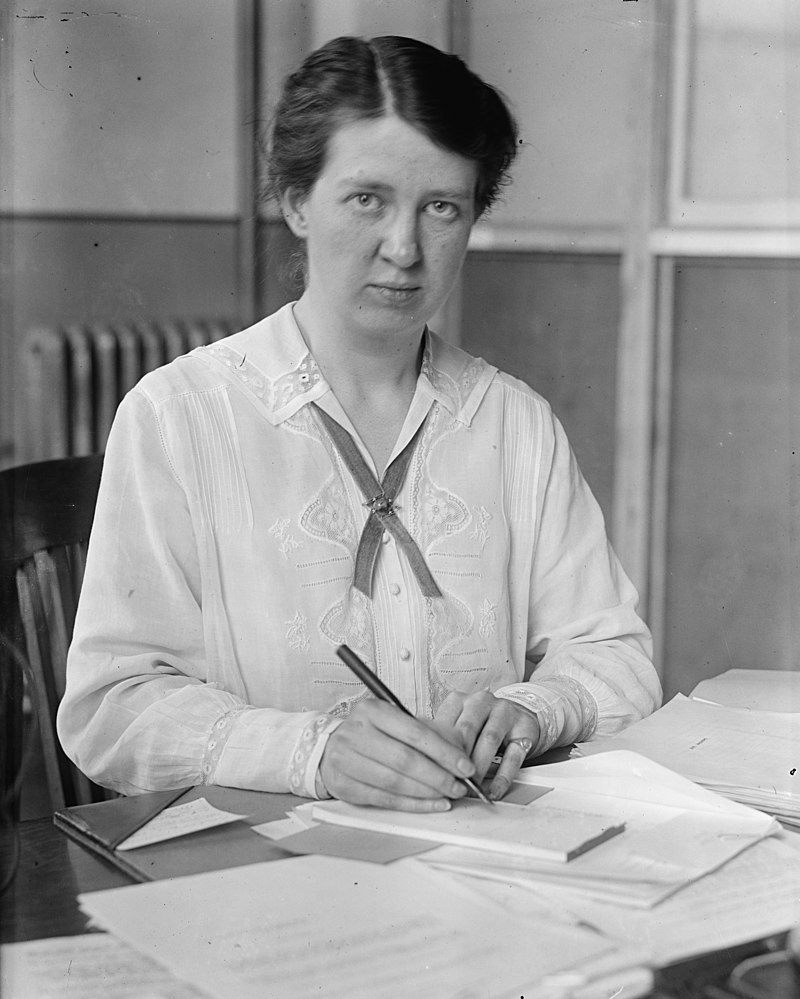 Mary Abby van Kleeck (June 26, 1883 – June 8, 1972) was an American social scientist and social feminist of the 20th century. The IRI was ‘a two-woman transoceanic operation’ run by van Kleeck and Mary Fleddérus, a Dutch activist and personnel manager of a glass factory in the Netherlands. The two women shared their lives as well as their work, directing the IRI from offices in The Hague and New York. The organization was a conglomeration of disparate interest groups committed to international economic planning: personnel managers, factory inspectors and welfare workers; forward-thinking employers; modernist architects, engineers and doctors; trade union leaders and ‘Taylorites’. Kerstin Hesselgren, Sweden’s Chief Factory Inspector, was one of those involved, and so was Adelaide Anderson, Principal Lady Inspector of Factories in Britain. The IRI sponsored ideas, plans, meetings, conferences and publications, acting as a networking platform for key figures in industrial welfare internationally.

Mary Van Kleeck was the daughter of Eliza Mayer (1844-1920) and Robert Boyd Van Kleeck (1839-1892). She was a notable figure in the American labor movement as well as a proponent of scientific management and a planned economy. A Dutch American, van Kleeck was a lifelong New Yorker, with the exception of her undergraduate studies at Smith College in Massachusetts. She began her career as part of the settlement movement, investigating women's labor in New York City. Van Kleeck rose to prominence as director of the Russell Sage Foundation's Department of Industrial Studies, which she led for over 30 years, beginning in 1916. During World War I, van Kleeck was appointed by US President Woodrow Wilson to lead the development of workplace standards for women entering the workforce, becoming the first woman appointed to a position of authority in the American federal government during the war. After the war, she led the creation of a federal agency to advocate for women in the workforce (the Women's Bureau), before returning to the Sage Foundation and continuing her determined research into labor issues. By the 1930s, van Kleeck had become a socialist, arguing that central planning of economies was the most effective way to protect labor rights. During the Great Depression, she became a prominent left-wing critic of the New Deal and American capitalism, advocating a radical agenda for social reformers and workers. Retiring from the Sage Foundation in 1948, van Kleeck ran for New York State Senate as a member of the far-left American Labor Party, but lost the election and turned her focus to peace activism and nuclear disarmament. As a long-time advocate of planned economies, she became a defender of Soviet-American friendship, leading to suspicion from the powerful anti-communist movement. She died aged 88 in 1972.