She dropped the name Ann after her younger sister, Ann Todd Clark, was born, and did not use the name Todd after marrying. Mary was a member of a large, wealthy Kentucky family, and was well educated. Mary was born in Lexington, Kentucky, as the fourth of seven children of Robert Smith Todd, a banker, and Elizabeth "Eliza" (Parker) Todd. From 1832, Mary and her family lived in what is now known as the Mary Todd Lincoln House, an elegant 14-room residence at 578 West Main Street in Lexington, Kentucky.

After finishing school during her teens, she moved to Springfield, Illinois, where she lived with her married sister Elizabeth Edwards. Abraham Lincoln first met Mary Todd in the Springfield home of her sister, who had married into one of the richest families in Illinois. Bu the fall of 1840 Todd and Lincoln were edging toward engagement, and sometime around Christmas 1840 they may have become engaged. Lincoln's nervous courtship of Mary Todd contrasted strikingly with the easy intimacy he established with Joshua Fry Speed. Likewise, Mary Todd's intimacy with Mercy Levering, a young friend from a well-off Baltimore family, contrasted strikingly with her troubled, on-again, off-again relationship with Lincoln. Throughout the winter of 1839, while Levering was visiting Springfield, she and Todd became inseparable friends, and they corresponded when Levering returned to Maryland in the summer of 1840. While visiting relatives in Missouri, the 21 years old Todd wrote to Levering, sorry to be denied "the happiness of seeing" her friend, "one I love so well," and planned to return early to Springfield, especially to see her. "How much I wish uou were near," said Todd, for Levering was "a congenial heart, in your presence I have almost thought aloud." She easily brought Levering to mind, Todd wrote, "for the brightest associations of the year are connected with thee." This is the year that Todd and Lincoln were probably moving toward an engagement. If Levering decided "to settle in Missouri, I will do so too," said Todd, not waiting to hear any suitor's plans. Back in Springfield, in December 1840, Todd wrote to Levering again, mentioning a female relative who had been visiting, "a most interesting young lady," whose "fascinations" have "drawn a concourse of beaux & company round us." Bemoaning Levering's "loss", Todd was glad to report a new female "companion", a "congenial spirit," Matilda Edwards, "a lovelier girl I never saw." Todd suspected that Joshua Fry Speed's "ever changing heart... is about offering its young affections" at Matilda Edwards' "shrine." Speed and Lincoln both fell in love with and courted Matilda Edwards several well informed sources testify. In December 1840, Todd told Levering: "We cannot do much longer without you, your mate misses you too much from her nest, not to marvel at the delay" in meeting. "Write very, very soon if you love me," Todd urged. In June 1841, perhaps six months after Mary Todd and Lincoln's broken engagement, she wrote to Mercy Levering, reiterating "the love which I feel has ever been ours towards each other." Telling Levering that "time and absence only serve to deepen the interest with which I have always regarded you," she recalled the days they "strolled together & derived so much of happiness from each other's society." On September 21, 1841, a few months after receiving this letter from Mary, Mercy married her beau James C. Conkling, a prominent Springfield lawyer. Mary Todd and Abraham Lincoln married on November 4, 1842. 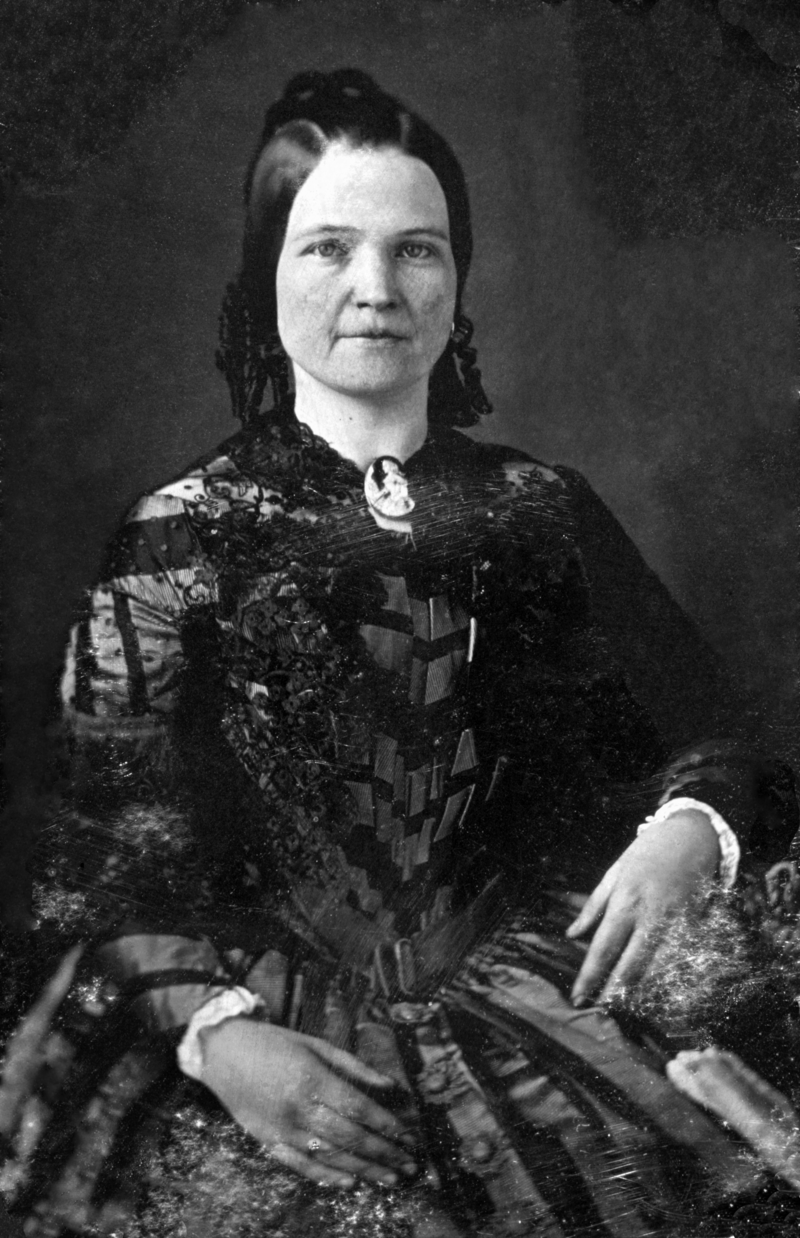 Before she married Abraham Lincoln, Mary was courted by his long-time political opponent Stephen A. Douglas. She and Lincoln had four sons together, three of whom died in childhood. Their home of about 17 years still stands at Eighth and Jackson Streets in Springfield, Illinois. She staunchly supported her husband throughout his presidency and was active in keeping national morale high during the Civil War. She acted as the White House social coordinator, throwing lavish balls and redecorating the White House at great expense; her spending was the source of much consternation. She was seated next to Abraham when he was assassinated in the President's Box at Ford's Theatre on Tenth Street in Washington. His death weighed heavily on her, as did the death of her sons. Mary suffered from numerous physical and mental health issues during her life. She had frequent migraines, which were exacerbated by a head injury in the 1860s. She was depressed for much of her life; some historians think she may have had bipolar disorder. She was briefly institutionalized for psychiatric disease in 1875 but later retired to the home of her sister. She died of a stroke in 1882. Of her husband and four children, only the eldest son, Robert Todd Lincoln, outlived Mary.