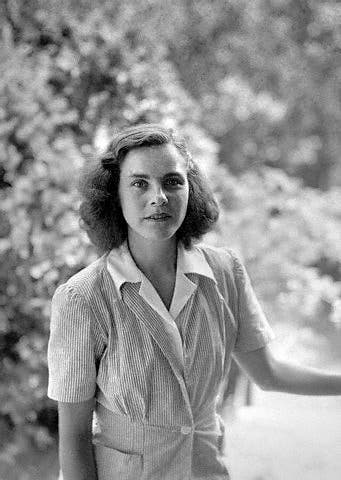 Mary MacCarthy (August 1882 – 29 December 1953) was a British writer; known for her involvement in the "Bloomsbury Group", and commonly called Molly.

She was born Mary Warre-Cornish at Lynton, Devon, in August 1882, the daughter of schoolmaster and man of letters Francis Warre Warre-Cornish (1839–1916), vice-provost of Eton, and Blanche Ritchie (1848–1922), novelist, whose eccentric sayings were collected as Cornishiana. Her sister Cecilia married William Wordsworth Fisher later Admiral.

Her marriage to Desmond MacCarthy on 29 August 1906 produced two sons, Michael and Dermod, and a daughter, Rachel, who later married the biographer David Cecil.

An original, amusing, if diffident and distracted, personality, Molly MacCarthy has been credited with coining the term ‘Bloomsbury' as applied to her friends; in 1920 she founded Bloomsbury's Memoir Club to encourage Desmond's writing. Her novel A Pier and a Band (1918) amusingly represents characters resembling herself and her husband. An engaging memoir, A Nineteenth-Century Childhood, appeared in 1924.

She suffered from her husband's feckless gregariousness. Deafness cruelly increased her isolation from his social life, but she continued to write, publishing biographical studies in Fighting Fitzgerald and other Papers (1930) and Handicaps: Six Studies (1936), and then a volume of miscellaneous sketches, entitled Festival, etc. (1936). A sequel to her childhood memoir was never completed.

Molly MacCarthy died of heart failure on 28 December 1953 at Garrick's Villa, Hampton, Middlesex, and is buried at the Parish of the Ascension Burial Ground in Cambridge, with her husband.