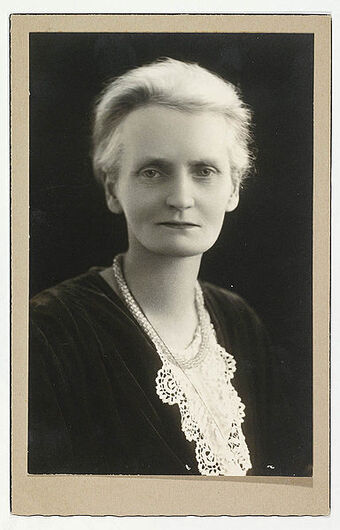 Mary Eliza Fullerton (1868-1946), writer, was born on 14 May 1868 at Glenmaggie, Victoria, second surviving child of Robert Fullerton, born in Belfast of Presbyterian Scot extraction, and his wife Eliza, née Leathers, from Suffolk, England. Her father 'didn't know a plough from a handsaw' before he took up a selection in the Gippsland bush and built the bark hut where Mary was born. Mary was educated at home by her mother and at the local state school. She read avidly as a child: by the age of 11 she had read Paradise lost three times; she knew long passages of Shelley and Byron by heart and was steeped in the Bible. She also began to compose verse of her own.

After leaving school Mary helped on the farm but continued her reading. In her early twenties she moved to Melbourne. By 1899 she was living with her parents and sisters at Prahran; about 1907 they moved to Hawthorn. Overcoming a natural shyness, she became vocal in the women's suffrage movement of the late 1890s and early 1900s. She gained election to the Prahran School Board of Advice in 1899-1902, addressed women's progressive league meetings and joined the Women's Organizing Committee of the Political Labor Council of Victoria. During World War I she contributed articles on feminist issues and the case against conscription for publications such as Ross's Monthly and the Victorian Socialist.

At the same time she wrote stories, articles and verse for magazines and periodicals, sometimes under the pseudonym 'Alpenstock'. She was a member of the local literary and debating society and won several prizes for her work. In 1908 she published Moods and melodies, a collection of thirty-seven sonnets and nine lyrics. In 1921 she published more verse, The breaking furrow, and a collection of delightful reminiscences of childhood entitled Bark house days (reprinted in 1931 and 1962).

Mary had visited England in 1912; in 1922 she returned there, sharing a house with a friend and patron, Mrs Mabel Singleton. She met Miles Franklin; their rapport is evident in their voluminous correspondence between 1927 and 1946. Though weakened by asthma and heart trouble in later life, Mary wrote three novels under her own name—Two women (1923), The people of the timber belt (1925) and A Juno of the bush (1930)—and two under male pseudonyms, as well as a descriptive piece, The Australian bush (1928). Sensitive about her lack of university education and convinced that her sex prejudiced recognition of her work, she insisted that her authorship remain anonymous as 'E' when Miles Franklin arranged for her verse to be published as Moles do so little with their privacy (1942) and The wonder and the apple (1946). Her identity was revealed only after her death.

Mary Fullerton never married: 'My nature really intended me to be the “go alone” that I've been', she wrote in her unpublished memoirs. Miles Franklin described her as 'sensitive, fastidious, reticent, self-mastered'. She died on 23 February 1946 at Maresfield, Sussex, and was buried in the local cemetery. While her novels have little lasting merit, some of her poems, and certainly her Bark house days, deserve a place in Australian literature.