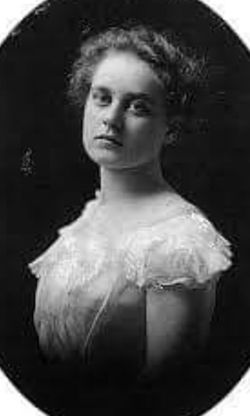 Mary Carson Breckinridge (February 17, 1881 – May 16, 1965) was an American nurse midwife and the founder of the Frontier Nursing Service (FNS), which provided comprehensive family medical care to the mountain people of rural Kentucky. FNS served remote and impoverished areas off the road and rail system but accessible by horseback. She modeled her services on European practices and sought to professionalize American nurse-midwives to practice autonomously in homes and decentralized clinics. Although Breckinridge's work demonstrated efficacy by dramatically reducing infant and maternal mortality in Appalachia, at a comparatively low cost, her model of nurse-midwifery never took root in the United States.[1] According to one scholar of the FNS, there is little firm evidence of lesbianism among FNS nurses, yet many displayed a deep devotion to each other, moved from one project to another together, or retired together.

Breckinridge entered a world where the primary roles of women were wife and mother, yet her legacy as the founder of the Frontier Nursing Service rises to the level of prominence among males in the Breckinridge family, as noted in several obituaries that discussed her many contributions to the public health of rural Kentuckians.[4] Breckinridge's mother disapproved of her cousin Sophonisba Breckinridge's going to Wellesley College and starting a career because it meant that she would not likely return home to live.[3] She helped to ensure that her daughter followed a more traditional path. In 1904 at the age of 23, Breckinridge married Henry Ruffner Morrison, a lawyer from Hot Springs, Arkansas. He died in 1906 due to complications from appendicitis. There were no children from her first marriage.[2] In 1912 she married Richard Ryan Thompson, a Kentucky native who was serving as the president of Crescent College and Conservatory in Eureka Springs, Arkansas.[2] Prior to having children, Breckinridge taught French and hygiene classes at the Conservatory, teaching experiences that would position her to serve in France after the war. The couple had two children. Their daughter Polly was born prematurely in 1916 and lived only a few hours. Their son, Clifford Breckinridge ("Breckie") Thompson, born in 1914, died just two years after the death of their daughter. Having experienced the death of one husband and two children, Breckinridge committed herself to creating conditions conducive to the health and well-being of children and families.[3] Breckinridge left her unhappy marriage to her second husband in 1918 and resumed the use of her maiden name once the divorce became final in 1920.[3]

While in Europe, Breckinridge had met French, British, and Scottish nurse midwives and realized that people with similar training could meet the health care needs of rural America's mothers and babies. Ultimately, she found her model for FNS in the Scottish Highlands' decentralized system.[1]:499 Based on her survey of folk practices among the Kentucky "granny-midwives" of Leslie County, KY, Breckinridge understood the systemic needs of rural Kentucky families.[1]:492 She also recognized the trained nurse-midwife as necessary to the system.[3][1] Though she had been raised in a prominent property owning family, she often served people who lived in poverty. She would follow the example of her Grandmother Lees, who used her resources to provide for children in need. A deeply religious woman, Breckinridge considered this path to be her life's calling.[3]

She returned to the U.S. in 1925 and on May 28 of that year founded the Kentucky Committee for Mothers and Babies, which soon became the Frontier Nursing Service, which provided general health care, vaccinations, pre/post natal care, and birth services. She was joined by two midwives she met in London, Edna Rockstroh and Freda Caffin.[1]:498 Mary Breckinridge, her father Colonel Breckinridge (took care of the horses), nurses Edna, Freda set up the first nurses clinic in 1925 and lived together in Hyden. Because there were no reliable roads, the nurses depended on horses for transportation. The FNS demonstrated that well-trained midwives could bring down mortality rates of mothers and babies.[10] They delivered the first baby in September 1925. The nurses traveled by horseback to deliver babies day and night, in all weather. She worked closely with Ann MacKinnon in setting up the Kentucky State Association of Midwives in 1930.[11] FNS, with the generosity of Breckinridge's investment of her inheritance and many charitable donations, became The Frontier School of Midwifery and Family Nursing, a first of its kind in the U.S.

Breckinridge had a large log house, called the Big House, built in Wendover, Kentucky to serve as her home and the Frontier Nursing Service headquarters. In 1939 she started her own midwifery school. There, Breckinridge conducted Sunday afternoon services using the Episcopal prayer book. In 1952 she completed her memoir "Wide Neighborhoods" which is still available from the University of Kentucky Press.

She continued to lead the Frontier Nursing Service until her death on May 16, 1965, at Wendover.[12] Upon her death, FNS had treated nearly 58K patients and delivered over 14,500 babies, with only 11 maternal deaths. Though Breckinridge's professional and largely autonomous nurse service demonstrated efficacy in reducing maternal and infant death at a time when reformers sought to remedy a recognized public health crisis, physician opposition, professional nursing ambivalence, and federal legislation (Sheppard-Towner Act) steered family health toward specialized interventions and rural hospitals.[1] Nevertheless, the Frontier Nursing University continues to provide training for professional nurse-midwives.[10]