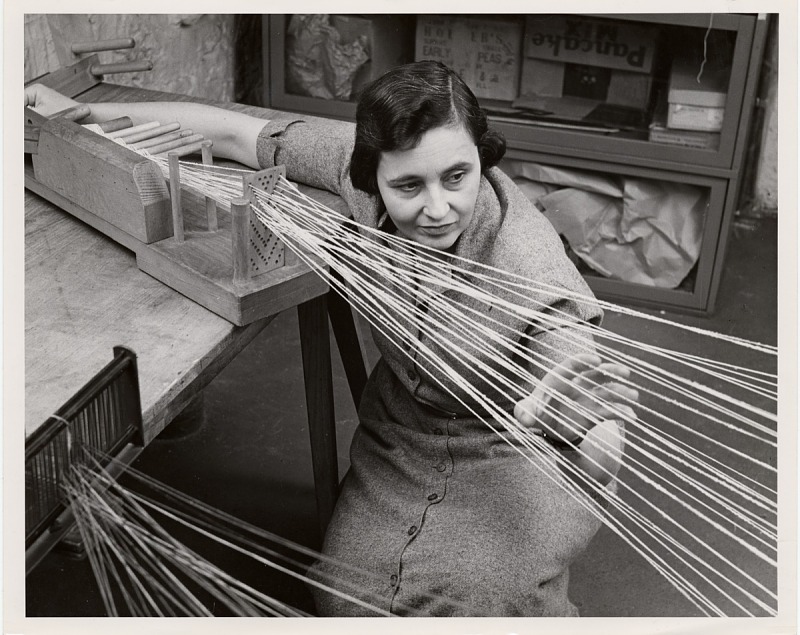 Marie Helene Heimann attended the higher Westend girls' school from 1912 to 1921 and was a boarding school student in Territet, Switzerland, in 1921. In 1923 she attended the School of Applied Arts in Berlin. From the end of 1923 she studied at the Bauhaus Weimar and attended the preliminary course with L'szlé Moholy-Nagy and Josef Albers. It was then intended for the weaving workshop. She studied there with Gunta Stölzl and also took courses with Paul Klee and Georg Muche. In 1927 she passed the journeyman examination in Glauchau and received the Bauhaus certificate. In 1926/27 she worked independently in the laboratory of the weaving workshop. She then studied at the University of Jena and passed her elementary school teacher examination in Hamburg in 1931. In 1932/33 she was a teacher at the Selent educational home in Holstein. After the transfer of power to the National Socialists, she could only work in Jewish schools. From 1934 to 1937 she was a teacher at the Theodor-Herzl-Schulein Berlin, where she met her husband Elizeer L. Ehrmann, who was also the author of "Jewish Reading Books".[1] Ehrman emigrated to the United States in 1938. There she found employment at the Chicago School of Design, founded by Moholy-Nagy until 1947. She also gave evening classes at Hull House. In 1941, she won the MoMA's "Organic Design" competition. She had orders from the furniture industry and worked with Ludwig Mies van der Rohe for the construction project developer Herbert Greenwald. In addition to facilities for residential buildings and business premises, she also designed the interior design of the city library in Oak Park. In Oak Park, she founded the Elm Shopin 1956, "where numerous avant-garde designs were created and managed until her retirement."[2]