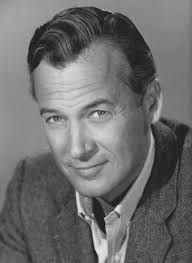 Mark was born to Clyde and Opel Miller on November 22, 1926 and grew up in Macedonia, Iowa, as one in a family of 9. Mark always said that as a child he looked around and thought, "I've got to get out of Iowa and get to Hollywood." And he did. Mark was like a kid, always wanting to have fun and so often, wanting to help someone, somewhere which he always found a way to do. Unfortunately, the era of gentlemen like Mark seems to belong to the past. He always made sure life was classy and fun.

Mark moved to southern California with his family to attend high school. At the age of 22, Mark met the actor, George Nader at the Pasadena Playhouse and his life was never the same again. They became partners for the next 53 years, until George's death in 2002. Mark had a beautiful operatic voice, however in meeting George Nader, Mark knew who the "star" would be in their relationship. He supported every need necessary for George's career which led to them living in Europe for many years. When they returned to California in 1972, George wrote his first published book, "Chrome." Mark intended to sell real estate in Beverly Hills, however their dear friend, Rock Hudson, appealed to him to work as his personal business manager. Mark did a meticulous job for him until Mr. Hudson's death in 1985 at "the Castle".This was the same home where Mark gave Rock's 50th birthday party with Elizabeth Taylor, Roddy McDowall, Liv Ullmann and Susan Stafford. Mark did everything with panache and he thought it would be fun for Rock to come down the staircase wearing a huge white diaper with enormous diaper pins to celebrate this special birthday. Rock was delighted with the idea and when everyone saw him, they were hysterical. This was all Mark's idea. He lived to have fun.

Mark and George returned to Palm Springs before making a move to the Hawaiian Islands until, as he put it, "the beauty and majesty" of the Coachella Valley called them back to make it their permanent home.

Mark is the last of his generation in the Miller family and is survived by his nieces and nephews and by his friends of many decades in the Coachella Valley.

Mark was always generous with his friends and gave a lot to charity. He was cared for by many, but the tireless efforts of Robert Sigurdson and Prince Zaporoschenko made his final years the best they could be.

Mark will be remembered by his family and friends for making the most of every day as he continued to hold court. He entertained everyone around him with no end to his repertoire of witty, colorful conversations. Mark had a zest for adventure that was unquenchable.

Friends are invited to gather at Mark's home at 68250 Concepcion in Cathedral City at 6 pm on Friday, June 19th, 2015 to celebrate his life well lived.