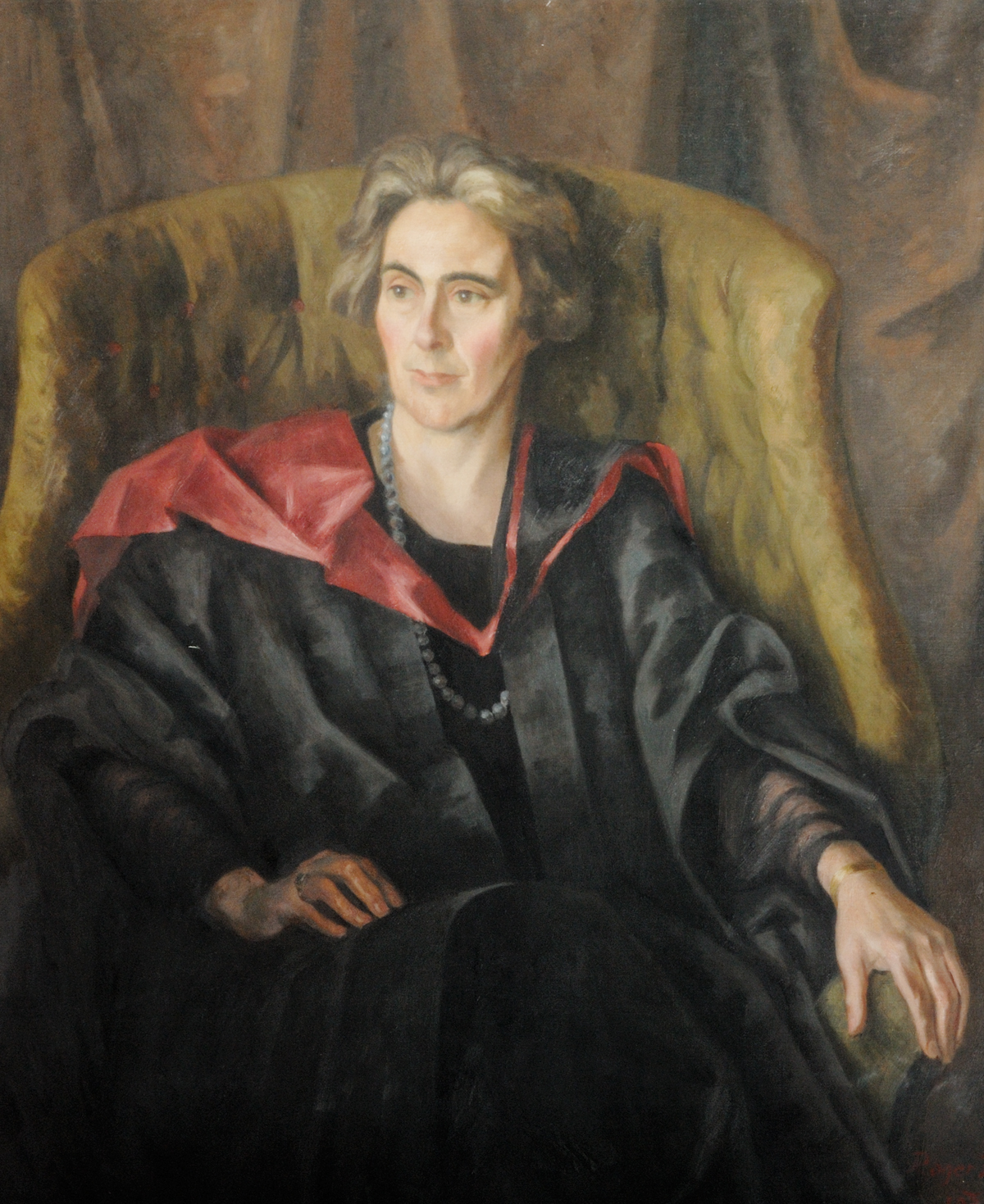 Sara Margery Fry (11 March 1874 – 21 April 1958) was a British prison reformer as well as one of the first women to become a magistrate. She was the secretary of the Howard League for Penal Reform and the principal of Somerville College, Oxford.

Fry was born in London in 1874. She was the child of Quakers Sir Edward Fry, a judge, and Mariabella Hodgkin. Her siblings included Joan Mary Fry, the social reformer, Roger Fry of the Bloomsbury Group, the biographer Agnes Fry and pacifist Anna Ruth Fry. She was home schooled until she was seventeen when she attended Miss Lawrence's school at Brighton before proceeding to study maths at Somerville College, Oxford in 1894. She went home after she graduated but returned to Somerville to become their librarian.[1] In 1904, she left Somerville and became Warden of the new women's residence at Birmingham University at an annual salary of £60. It was there that Fry met educationist and fellow relief worker Marjorie Rackstraw, who would become her lifelong friend.[2] In 1913 her uncle, Joseph Storrs Fry died and left her sufficient money that she left her position at Birmingham in the following year. After 1915, she helped organise Quaker relief efforts in the Marne war area, and then elsewhere in France.[1]

After the First World War, she lived with her brother Roger and began the work on prison reform in which she was to be involved until the end of her life. In 1918, she became secretary of the Penal Reform League, which merged with the Howard Association in 1921 to form the Howard League for Penal Reform; she was secretary of the combined organisation until 1926. In 1919 she was appointed to the newly founded University Grants Committee on which she served until 1948. In 1921 she was appointed a magistrate, one of the first women magistrates in Britain. In 1922 she was appointed education advisor to Holloway Prison (a prison for women in London). Margery Fry who was Director of the Howard League for Penal Reform from its foundation in 1921 until 1926. She also served as Chair of the league's Council from 1926 to 1929.[1] She is also known for her opposition to the death penalty and her support of compensation for victims of crimes.

Fry studied mathematics at Somerville College, Oxford. She was Librarian at Somerville (1899–1904). In 1904, she became Warden of the women's residence at Birmingham University. From 1926 to 1930, she was Principal of Somerville College. Her appointment was hailed as "[combining] intellectual distinction, a fine eloquence, and academic experience with the force of character and sympathy which the post demands."[3] The Graduate (Middle Common Room, or MCR) accommodation building at Somerville College is called 'Margery Fry House' in her honour.[4] Somerville College Library holds a collection of her correspondence and papers.[5]

The Single Woman (1953), by Margery Fry, though written too late to help the Surplus generation, contains a wealth of wisdom and insight from one who had lived through it and was well-positioned to offer it. She was then nearly eighty and long retired from her job as the much-loved principal of Somerville College, Oxford. Margery herself had never married; she had lived a life surrounded by spinsters and wryly compared herself to Saint Ursula, ‘…who, you will remember, went about with 11,000 virgins…’ Her short book tells us at first hand much of what the author’s generation experienced. She herself knew what it was like to be belittled by her own mother for not producing grandchildren; and she had had to hide her frustration from the outside world while she missed out on marriage. She felt for the women whose love affairs had ‘come up against hopeless obstacles…’ or just fizzled out. ‘There are the friendships which just don’t ripen as love affairs. The possible husbands who are just impossible. And perhaps the worst pain of all – simply watching the things taken for granted in other lives passing you by.’