Margaret Mary Butler was born in Greymouth on 30 April 1883, the youngest of four children of Irish parents Edward Butler, the Grey County engineer, and his wife, Mary Delaney. After Edward's death in August 1884 the family moved to Wellington, where Mary became a prosperous hotel-keeper. Margaret was educated at St Mary's Convent and Wellington Technical School, where she studied sculpture with Joseph Ellis. Although she also painted watercolours, sculpture was her vocation. In this, she received lifelong support, both moral and physical (she was club-footed), from her devoted sister, Mary. Neither sister was to marry.

One of Margaret Butler's few surviving early works, a plaster bust of William Hall-Jones ( c. 1920), indicates that her portraiture had by the early 1920s surpassed Ellis's in expression and character. It was exhibited at the 1924–25 British Empire Exhibition at Wembley, London, and is now held by the Museum of New Zealand Te Papa Tongarewa. The moribund state of New Zealand sculpture probably influenced Butler's prolonged stay in Europe, from 1923 to 1934. Her travels took her to Paris, Brittany, Rome, Vienna and Biskra, Algeria; Frances Hodgkins met her in Nice in 1924. Health problems prevented Butler from resuming sculpture until 1926, when her work attracted the attention of Antoine Bourdelle, one of Europe's foremost sculptors. He accepted Butler as a student and arranged for her to show three works at the 1927 Salon des Tuileries, Paris. She also exhibited at the salons of the Société des artistes français, the Société nationale des beaux-arts and other venues.

Another admirer of Butler's work was the sculptor Charles Despiau, who attended her solo exhibition at the Galerie Hébrard, Paris, in July 1933. In turn, she much admired Despiau's 'luminosity', which influenced her own work. Financial problems prevented her from staging an exhibition in London, although her bronze bust, 'The blind girl', was shown at the Royal Academy of Arts in 1935.

On Butler's return to New Zealand in 1934 an article on her achievements and famous acquaintances was published in Art in New Zealand, and in July that year a solo exhibition was held at the New Zealand Academy of Fine Arts. It was opened by the governor general, Lord Bledisloe, who pronounced it 'one of the greatest surprises of [my] sojourn in New Zealand'. He called Butler 'our local lady Praxiteles' and welcomed her 'reproductions of the finest types of our handsome Maori race'. She went on to make several portraits of Maori figures, which are among her most significant works. 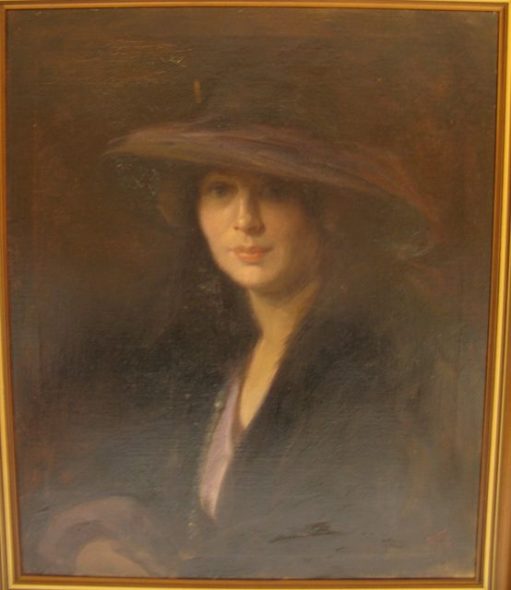 The best known, 'La Nouvelle Zélande' (1938), is a bronze bust of Miriama Heketa, a performer with the Ngati Poneke Young Maori Club. It has a classical clarity and simplicity that contrasts with the romantic intensity of Butler's earlier works. The same model probably sat for 'Maori madonna' ( c. 1938), in which there is a compromise between ethnicity and traditional Christian imagery. The subject matter stemmed from Butler's Catholicism and fulfilled the aspirations of her friend Eileen Duggan, who had asked in the New Zealand Tablet, 'Is it too much to hope that the gifted sculptress, Miss Margaret Butler, may one day give us a Maori madonna?'

Notwithstanding the success of these works and Bledisloe's praise, Butler received few commissions, and her indifferent health prevented her from executing monumental sculpture. However, in 1940 the Academy of Fine Arts purchased her bronze bust of a watchful Swiss boy, 'Berto', and several further works featured at the National Centennial Exhibition of New Zealand Art that year. By this time she was able to carry out only small-scale ceramic sculpture. Margaret and Mary Butler moved from Wellington to Rotorua, where Mary died in October 1943 – a severe blow to Margaret.

Margaret Butler died of cancer at Lewisham Hospital, Wellington, on 4 December 1947. Among those attending her funeral were the prime minister, Peter Fraser, and the Catholic archbishop of Wellington, Thomas O'Shea. She bequeathed the contents of her studio to the Academy of Fine Arts which, in 1950, presented them to the National Art Gallery. The works of New Zealand's first major woman sculptor, they are now recognised as sensitively modelled and expressive representations of humanity.