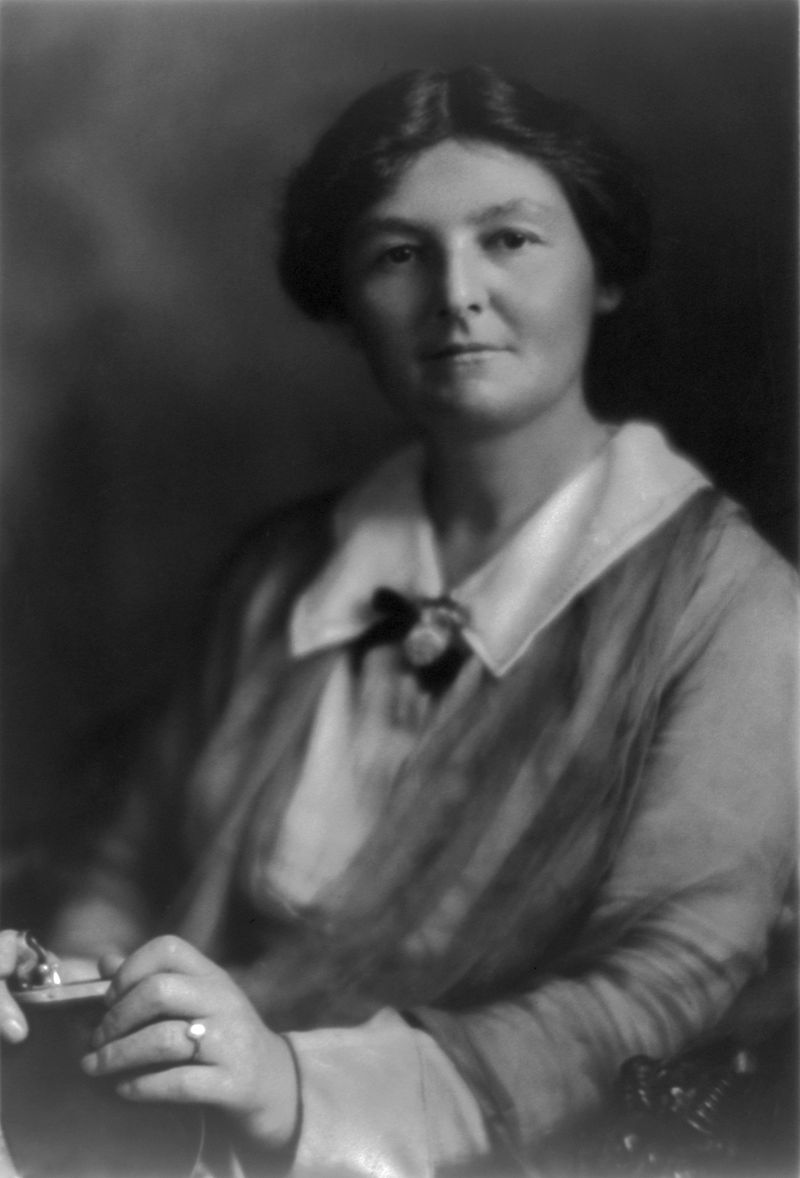 She was a British Labour politician, trade unionist and women's rights activist. She became the first female cabinet minister, and the first woman to be a privy counsellor in the UK, when she was appointed Minister of Labour in the Labour government of 1929–31. She had earlier become the first woman to chair the General Council of the Trades Union Congress (TUC). Bondfield was born in humble circumstances and received limited formal education. After serving an apprenticeship to an embroidress she worked as a shop assistant in Brighton and London. She was shocked by the working conditions of shop staff, particularly within the "living-in" system, and became an active member of the shopworkers' union. She began to move in socialist circles, and in 1898 was appointed assistant secretary of the National Amalgamated Union of Shop Assistants, Warehousemen and Clerks (NAUSAWC). She was later prominent in several women's socialist movements: she helped to found the Women's Labour League (WLL) in 1906, and was chair of the Adult Suffrage Society. Her standpoint on women's suffrage—she favoured extending the vote to all adults regardless of gender or property, rather than the limited "on the same terms as men" agenda pursued by the militant suffragists—divided her from the militant leadership. After leaving her union post in 1908 Bondfield worked as organising secretary for the WLL and later as women's officer for the National Union of General and Municipal Workers (NUGMW). She was elected to the TUC Council in 1918, and became its chairman in 1923, the year she was first elected to parliament. In the short-lived minority Labour government of 1924 she served as parliamentary secretary in the Ministry of Labour. Her term of cabinet office in 1929–31 was marked by the economic crises that beset the second Labour government. Her willingness to contemplate cuts in unemployment benefits alienated her from much of the Labour movement, although she did not follow Ramsay MacDonald into the National Government that assumed office when the Labour government fell in August 1931. Bondfield remained active in NUGMW affairs until 1938, and during the Second World War carried out investigations for the Women's Group on Public Welfare.

Although not a candidate herself, Bondfield campaigned for Labour in the general election of July 1945—a reporter found her instructing a meeting in Bury St Edmunds on the benefits of nationalisation.[127] She was active in her local Labour Party, and continued to chair the Women's Group of Public Welfare until 1948.[128][n 13] Her main task in these years was her autobiography, published in 1948 under the title A Life's Work. The purpose of the book, she wrote, was not to celebrate her own achievements, instead she hoped that her experiences "may be of some service to the younger generation".[130] The book had an indifferent reception; in The Observer, Harold Nicolson described it as "ill composed and badly proportioned", with too much space devoted to inconsequential meetings while truly important events were hurried over. Nevertheless, he thought the book provided "a fine example of resolute and in the end triumphant energy".[131] The Manchester Guardian's reviewer also criticised the work's confused structure and unselective detail, but found it "a useful, direct and honest" account of Labour's early years.[132] Apart from her autobiography, Bondfield contributed to a collection of essays entitled What Life Has Taught Me, in which 25 public figures pondered on the lessons of life. Bondfield wrote that her religious convictions gave her "strength to meet defeat with a smile, to face success with a sense of responsibility; to be willing to do one's best without hope of reward [and] to bear misrepresentation without giving way to futile bitterness".[133] In March 1948 Bondfield opened the Mary Macarthur Home at Poulton-le-Fylde, near Blackpool in Lancashire, which provided subsidised holidays for low-paid women workers.[134] In 1949 she made a six-month speaking tour of the United States, her final visit to the country; she left convinced that America would soon adopt a national health service.[128] Bondfield, who never married, maintained her good health and interest in life until her final illness in 1953. She moved to a nursing home in Sanderstead, Surrey, where she died aged 80 on 16 June 1953.[25] At her cremation in Golders Green Crematorium the congregation sang the popular hymn "To Be a Pilgrim". The Labour Party was fully represented; Clement Attlee, the leader of the party and former prime minister, gave the address.[135]