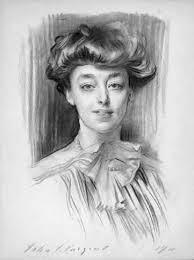 Miss Mabel Choate (December 26, 1870 - December 10, 1958) was long and prominently assqciated with a wide variety of charitable and conservationist activities in New York City and Stockbridge.

Mabel Choate was born in New York, on Dec. 26, 1870, the daughter of Joseph Hodges Choate (1832-1917) and Caroline Dutcher Sterling (1837-1929). Her father was a widely known lawyer and served as U.S  ambassador to the Court of St. Jamess in London from 1899 to 1904. Her mother, Caroline Sterling Choate, advocated for the higher education of women, and in 1888 was instrumental in founding Barnard College at Columbia University. After several summers in Stockbridge, her father in 1883 built Naumkeag, the mansion on Prospect Hill, Stockbridge, which Mabel Choate continued to occupy each summer through her death. Designed by architects McKim, Mead, and White, Naumkeag was an esteemed member of the family of Berkshire Cottages. In later years, with the aid of Fletcher Steele, prominent Boston landscape architect, she developed the series of gardens which have made Naumkeag one of the horticultural show places of the Berkshires. In several of them she made use of rate items purchased on trips abroad, particularly to the Orient.

She met Fletcher Steele in 1926 at the annual meeting of the Lenox Garden Club. According to Mark Wilson, "He [Steele] began work for her soon after and was drawing up the first plans for Naumkeag by September 1926." The same year Steele also oversaw the moving and restoration of the Mission House. Wilson continues, "The relationship between Mabel and Fletcher was a deep friendship and respect for one another. Mabel was Fletcher's longest client. The gardens at Naumkeag are one of the few Steele gardens still intact. " Of Mabel, Steele wrote, "[Mis Mabel Choate] wants to try things. And she deeply enjoys and understands beauty in landscape " Mabel hosted an annual birthday party weekend for Steele and friends, and some imagined a romantic relationship between them, but Wilson says, "There was no sexual relationship between Mabel and Fletcher. He was probably homosexual, but it was never stated or talked about so no one knows for sure and this was a time when it was against the law to be [homosexual]."

Mabel Choate was a member of one of the first classes at the Brearley School, now one of New York's best-known private schools for girls, of which her mother was a founder. She later studied at Barnard College. Probably outstanding among her many benefactions to Stockbridge and the Berkshires was the moving and restoration of the historic Mission House, built on Prospect Hill in 1739 for John Sergeant, first missionary to the Stockbridge Native Americans. In 1929, Mabel Choate bought the house, had it moved to Main Street, completely restored it and furnished it with antiques appropriate to the Colonial period. Considered one of the best examples of Colonial design in New England, the house has been a prime tourist attraction since its restoration, and in 1958 the parlor was included in a book, 100 Most Beautiful Rooms in America, by Helen Comstock, leading authority on antiques.

The restoration of the Mission House, chosen by Mabel Choate as a memorial to her patents, was assured permanent preservation in 1948 when she deeded it with an endowment of $100,000 to the Trustees of Reservations, private Massachusetts corporation dedicated to the perpetuation of outstanding examples of antiquity and natural beauty in the state. Besides her contributions to the Berkshire area through her gardens and the Mission House, Choate also was active in the Lenox Garden Club and was a member of the board of trustees of the Berkshire Museum. Her personal collection of antique Lowestoft china was internationally known and items among her Colonial furniture were included in several New York exhibitions. In New York, she served as president of the Maternity Center and on the board of the Neurological Institute. She was at one time a vice president of the Garden Clubs of America, and on the advisory council of the New York Botanical Gardens. She was a member of the Colony and Cosmopolitan clubs of New York and the Chilton Club of Boston.