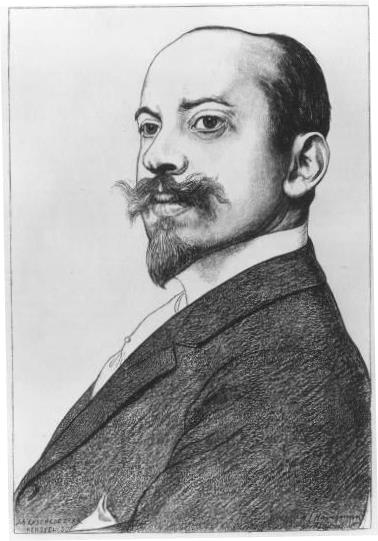 Louis Marie-Anne Couperus (10 June 1863 – 16 July 1923) was a Dutch novelist and poet. His oeuvre contains a wide variety of genres: lyric poetry, psychological and historical novels, novellas, short stories, fairy tales, feuilletons and sketches. Couperus is considered to be one of the foremost figures in Dutch literature. In 1923, he was awarded the Tollensprijs (Tollens Prize).

On 11 July 1923, Couperus was brought to hospital (in Velp), because an infection in his nose had not healed, but came back home a day later. He now suffered from erysipelas as well as sepsis in the nose. He fell into a coma on 14 July, remained in that state for two days with high fever and died on 16 July 1923.[11] He was cremated at Westerveld, where Gustaaf Paul Hecking Coolenbrander (a nephew), among others, spoke to remember Couperus.