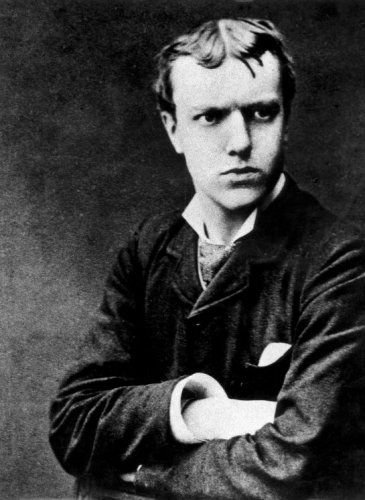 Karel Joan Lodewijk Alberdingk Thijm (Amsterdam, 22 September 1864 – Haarlem, January 26, 1952), known by the pseudonym Lodewijk van Deyssel, was a Dutch writer. He published in 1889 a novel on boarding school life De kleine republiek (The Little Republic). The main character falls in love with another boy, has sex with him and is subsequently sent away. The story followed quite closely Van Deyssel's own experiences in the elite Catholic school of Rolduc. 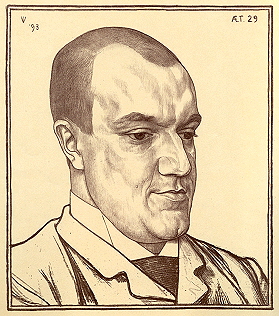 Alberdingk Thijm spent part of his childhood at the Catholic boys' boarding school Rolduc. Together with Willem Kloos, Frederik van Eeden, Herman Gorter and Albert Verwey, Louis van Deyssel belonged to the Movement of Eighties (the Eighties). The first publication of his hand, The Honor of the French Masters, appeared in 1881 in the magazine of his father Dietsche Warande. In the period 1882-1889 he worked on the weekly De Amsterdammer. In 1885, the literary magazine of the Eighties The New Guide was founded, in which he collaborated. However, he did not join the editorial team. In 1886, van Deyssel wrote the brochure On Literature following an argument with Frans Netscher, who published regularly in this magazine. Together with Albert Verwey he founded the Bi-Monthly Journal in 1894 and remained editor after the continuation of this magazine under the name The Twentieth Century. In 1905 he founded the Association of Literary Experts, with the following objective: "The union wants to be first and foremost a professional union in order to represent the material interests of the literary". Initially he was strongly attracted to French naturalism, but in The Death of Naturalism (1891) he turned away from this movement. Later, he focused more on mystical life values. He is known for his razor-sharp and ironic critiques. He could be so fierce and sometimes so rude that these discussions have become known as the "scolding criticisms". His most famous works are: A Love (1887), the Rolduc novel The Small Republic (1889), White and Yellow (1894) and The Life of Frank Rozelaar (1911). Under the pseudonym A.J. he published Multatuli (1891), J.A. Alberdingk Thijm (1893) and Blank and Geel. A Love is one of the first successful Dutch naturalistic novels. Van Deyssel's contemporaries were shocked because this book describes a sexual experience of the main character Mathilde, which is depicted with literary imagery. The novel belongs to the classics of Dutch literature. In 1996 the 14th edition was published. The delivery man for many of Van Deyssel's works is Harry G.M. Prick, who also wrote the two-volume biography of Van Deyssel. Adriaan Venema criticized Prick's derogatory condoning of Van Deyssel's anti-Semitism and collaboration as the figurehead of the literary magazine De Nieuwe Gids during the Second World War and quotes Baldwin Büch's corresponding criticism of Prick. [1]/a>