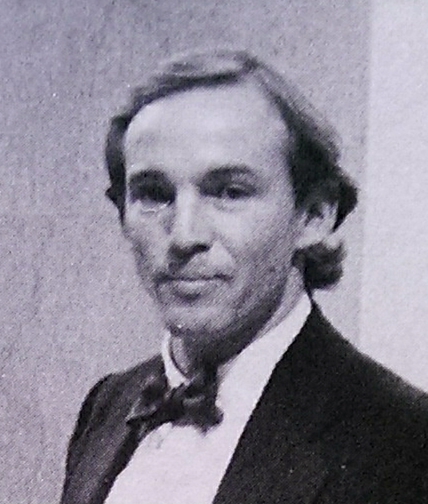 Laughlin McClatchy Barker (1948 - January 2, 1986) began a relationship with fashion designer Perry Ellis in 1981. Later that year, Ellis appointed Barker the President of the licensing division of Perry Ellis International. They remained together until Barker's death in January 1986. Ellis died on May 30, 1986.

Barker was in charge of licensing the designs of Perry Ellis Sportswear to companies in other fashion fields. They included accessories, furs, fragrances, shoes and men's clothing as well as home furnishings.

He was a lawyer with the firm of Patterson Belknap Webb & Tyler before joining the Perry Ellis concern.

Laughlin McClatchy Barker died of lung cancer on January 2, 1986, in his home in Manhattan. He was 37 years old.